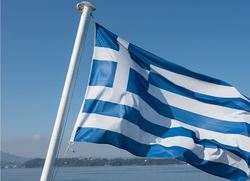 The call came two days after another nine seafarers were snatched from a Norwegian bulker off Benin.

Owners’ union issues plea for response to ‘unacceptable’ situation in the Gulf of Guinea, hinting at wider industry frustration with unchecked raids on ships.

GREEK SHIPOWNERS ARE ALARMED THAT PIRACY IN THE GULF OF GUINEA SEEMS TO BE MAKING A COMEBACK.

THE Union of Greek Shipowners has called for urgent action to prevent attacks on merchant shipping in the Gulf of Guinea, which has become the most dangerous region worldwide for seafarer kidnappings.

The union “strongly condemned” the incident, expressing regret and sympathy to the seafarers’ families.

It came two days after another nine seafarers were snatched from a Norwegian bulker off Benin.

Although piracy cases dipped in the first nine months of 2019, kidnappings from ships in the Gulf of Guinea have increased in scale and frequency, according to the International Maritime Bureau.

The Greek owners’ organisation appealed for “immediate and effective intervention by the international community” to counter the attacks and hinted at growing frustration within the industry at the unchecked spate of assaults on crew.

“The situation has taken an alarming turn for the safety of ships and their crews, and has serious implications for international shipping and for the smooth conduct of international maritime trade in the region,” the union said.

It called for “concerted action’’ as “an absolute priority”.