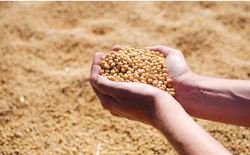 US soyabean exports to non-China destinations this marketing season have seen Gulf and Great Lakes ports benefit from rising volumes at the expense of terminals in the Pacific North West.

US sales of soyabeans to China could rise to 3m tonnes in the coming weeks, but expert warns Brazil’s early harvest could limit Chinese procurement from US farmers

US SOYABEAN sales to China made possible by the current trade war truce will give bulk carrier demand from the US a seasonal boost in the coming weeks, according to one leading grain and shipping expert.

But exports will remain a fraction of previous years and, with early Brazilian soyabean harvests poised to hit the market soon, the sales window for US farmers is limited.

Ken Eriksen, senior vice-president at IEG Vantage, told Lloyd’s List that US soyabean sales to China were now being received after the US and China agreed a tariff escalation truce until March.

However, he warned that even though some US soyabean exports were due to be shipped in January, volumes this marketing season from the US would remain substantially lower than a year earlier and most activity would not happen until mid-January at the earliest.

Prior to the Christmas holidays, IEG Vantage had 2m metric tonnes of US soybean purchases by China recorded on its books but not yet shipped. “It is hard to say if they will take much more volume from the US,” said Eriksen. “There are sales but nothing in the vessel line-ups, and perhaps nothing will appear until mid- to late-January.”

He said Brazil’s early harvests were almost ready for shipping, reducing the opportunity for US soybeans farmers to make up at least some of the loss in export earnings suffered this year.

“[The Chinese] could get by without buying from the US,” he said.

“These token volumes are more posturing and filling state reserves. Brazil is already harvesting its new crop and will be harvesting in the first week of January and sending a record volume to the marketplace.”

China accounted for roughly 60% of US soyabean exports in the 2017/18 US marketing year, which runs from September to September. But since the US-China trade war escalated last summer, it has almost entirely stopped purchasing US agricultural products, instead meeting its soyabean needs by procuring from Brazil.

The drop-off in demand has had a major effect on supramax and panamax demand, which would normally benefit from a major seasonal lift during the early US marketing season, particularly on lanes out of the Pacific North West into China.

For example, in October 2017, the US exported 7.1m soyabean tonnes to China out of total monthly global soyabean exports of 9.6m tonnes. By contrast, since the start of the 2018/19 crop marketing year in September through mid-December, the US had shipped a little more than 382,000 tonnes of soyabeans to China, according to IEG Vantage data. “Most of the volume, nearly 380,000 metric tonnes, was in a bulk vessel, and 2,718 metric tonnes by container,” said Eriksen.

In November, China did not buy a single soyabean off the US, but instead bought more than 5m tonnes from Brazilian farmers, double the November 2017 total.

By late November, BIMCO estimated the decline in US soyabean exports translated into around 122 panamax or 183 supramax loads in terms of volumes, but far higher in terms of tonne-mile demand because non-China destinations are mostly closer to the US, partially explaining the drop in supramax and panamax returns for owners in the fourth quarter.

Bulk volumes shipped within the US by rail, barge and truck were also affected, with flows to the Pacific North West declining. By contrast, the US Gulf and the Great Lakes were two areas receiving more soyabeans for export.

Eriksen explained that US farmers were essentially locked out of China from July onwards as the tariff war escalated and China switched purchases to Brazil, prompting the price of Brazilian beans to surge and US beans to collapse.

“Even if the US price was competitive to China with tariffs in place, no one wanted to risk shipping soyabeans to China because China basically didn’t want to allow US beans in,” he said.

This resulted in a “fire sale” of US beans to Europe, the Caribbean and non-Chinese Asian buyers and, even then, total US exports fell. “It wasn’t a 1-to-1 gain someplace else when China stopped buying,” he said. “If you lost a million tonnes to China, a million tonnes didn’t go to some other country.”

As US-China trade talks continue, US farmers have been left in limbo, unable to determine what crops to plant for next spring. If the trade war resumes, as many predict it will, Eriksen expects US agriculture to suffer, which could spell political difficulties for the Trump administration.

“For the time being, the US farmer has been mostly supportive of the President,” he said. “They’ve got a bailout programme so the farmers have got some relief. But the more this goes on, the more trouble it could be.”