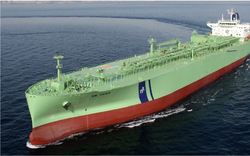 German engine maker will carry out “the world’s first” retrofitting of engines that will allow the ships to run on LPG and conventional fuel, according to MAN, as it aims to deal with the IMO 2020 bunker rules

MAN Energy Solutions has won a deal to retrofit at least four of BW LPG’s very large gas carriers with its new two-stroke, dual-fuelled engines allowing the ships to run on both liquefied petroleum gas and conventional bunker fuels.

Last week, Oslo-listed BW LPG announced it had signed retrofitting orders for those vessels to make them the world’s first dual-fuelled vessels that can be powered by LPG, but it did not identify the engine supplier.

“The arrival of this order is a sign of how timely the technology is,” MAN’s chief sales officer Wayne Jones said. “We expected a strong demand for the engine from very large gas carriers and it has proven to be so.”

The first retrofittings will take place in conjunction with scheduled dry dockings in 2020, when the International Maritime Organization’s new sulphur rules will take effect.

“The retrofits will benefit the BW LPG vessels both economically and environmentally by giving it access to sulphur-compliant fuel through using the LPG cargo they carry, which has favourable price levels compared with high sulphur fuel oil,” Mr Petersen said.

“The cleaner emissions the retrofitted vessels will experience will also be significant, while the growing LPG infrastructure globally will facilitate bunkering.”