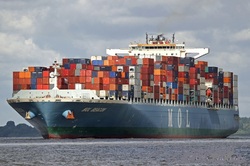 Japanese shipping giant wants to engage in Chinese shipbuilding projects, Indonesian small-scale LNG solutions and Arctic shipping to distinguish itself in the growing commoditised business. The former business model of relying on tenders from Japanese power plants is not working anymore, says a senior official

MITSUI OSK Lines is planning to sharpen its business model to focus on the types of liquefied natural gas shipping projects that have higher technical requirements, taking advantage of its expertise as one of the most experienced LNG tanker operators around, according to a senior official.

This approach has come amid growing completion in the LNG shipping markets, where the number of new entrants has grown rapidly in the past few years.

“Competition among LNG carriers is getting hard,” managing executive officer Kenta Matsuzaka told Lloyd’s List in an interview. “But we look at value-added business to meet the challenge.”

In practice, this approach has been reflected in MOL’s participation in the first Chinese shipbuilding projects in this sector and the Russian Arctic’s Yamal LNG, according to Mr Matsuzaka.

While initially having to provide more technical assistance — 50 supervisors at peak time — building LNG tankers in China has allowed MOL to team up with Chinese cargo owners and shipping groups, consequently accessing the Chinese market that is widely expected to be a global demand driver for decades.

Since the beginning of this decade, MOL has held stakes in more than 10 LNG tankers built by or under construction at Hudong-Zhonghua Shipbuilding, a subsidiary of China State Shipbuilding Corp.

“To build ships in China requires know-how and experience not everyone has,” Mr Matsuzaka said.

The relationship with its Chinese counter parties has even expanded beyond China.

MOL has teamed up with China Cosco Shipping to build three ice-breaking LNG tankers at Daewoo Shipbuilding & Marine Engineering for shipping cargoes from Yamal LNG for 25 years. The first ship was delivered earlier in 2018, while the remaining two are due for later this year and 2018, respectively.

In addition, MOL is seeking to provide small-scale LNG solutions to Indonesia, where the central government is building gas-fired power generators across the archipelago to meet rising demand and reduce pollution.

MOL can provide and operate small LNG ships able to carry out milk runs to isolated power plants. Those may be 10,000 cu m-20,000 cu m vessels with compression tanks, Mr Matsuzaka said. “They can be built in China.”

The focus on high-value business also results from the transformation of LNG trading. With a growing volume of destination-free LNG, spot business amounted to 30% of the world’s total LNG trade, based on the International Gas Union’s estimates.

This means Japanese utilities companies, traditionally MOL’s largest clients in this sector, no longer want to tie themselves to long-term LNG procurement and vessel charter contracts.

Having forecast Japanese buyers would secure large quantities of US LNG, MOL had set a target to expand its fleet of LNG tankers to 120 units within this decade. This was reduced to 100 ships before being dropped eventually, Mr Matsuzaka said.

“It was different from what we expected. [Japanese] tender activity [for charter contracts] wasn’t there,” Mr Matsuzaka said.

“In the past, our business model was to secure LNG business in tenders. Now, we are not sticking to such a model.”

Still, LNG shipping remains a growth area for MOL as seaborne trade volume of the super-chilled fuel is expected to continue rising rapidly.

As of end-March, MOL operated a fleet of 83 LNG carriers, making it the largest in the world. When taking its orderbook into account, MOL’s fleet size will grow to 90-100 ships in the next two to three years. It has planned to make ¥94.5bn ($856m) capital investments in LNG shipping in the three years to March 31, 2021 — second only to the offshore sector.

Although refining its focus in the LNG shipping sector, MOL’s basic mindset is still that of a long-term player, according to Mr Matsuzaka said.

For now, MOL only has one or two vessels in spot trading. While many analysts expect charter rates to pick up in the next one to two years at least, Mr Matsuzaka said MOL would not speculate on the rate rise by chartering in vessels for spot business, even as he reckoned his company could take advantage of the upwards momentum by fixing long-term charters at better rates for some of its ships.

The company is more willing to engage in short-term time charters these days — but those would be based on clients’ requirements, Mr Matsuzaka stressed.

Furthermore, MOL will retain its policy of not placing speculative orders for LNG carriers.

“Even though the market is buoyant now, nobody knows what will happen in three to five years,” Mr Matsuzaka said.

“Once the market is going down, no owner [of the speculative orders] will be able to find charters.”