New boxship Orders ‘will keep a Lid on Freight Rates’

NEW containership orders will make it difficult for lines to address the fundamental imbalance between slot supply and demand in the next two to three years, limiting freight rate rises and forcing lines to seek out cost savings, according to shipping organisation BIMCO. 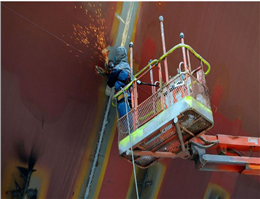 According to MANA, Newbuilding deliveries in 2017 represented a 26.6% jump on the previous year, when approximately 944,000 teu hit the water, according to Alphaliner. A host of carriers also returned to the yards in 2017 as the orderbook surged nearly 140%, year on year. Most striking were the 20 ships ordered in the 18,000 teu and above size range compared with none in 2016, as carriers, including MSC and CMA CGM, agreed contracts for 22,000 teu units.
BIMCO said last year’s deliveries and the ordering spree in the latter part of 2017 would keep a lid on freight rates for shippers in the coming years and force lines to seek out cost savings.
“In September, the ordering drought came to an end,” said BIMCO in its annual review of the year. “Twenty new orders for 22,000 teu ships broke a 21-month lull in newbuilding activity.”
The vessels will be delivered in 2019-2020, meaning that the nominal fleet growth level for the container shipping industry over the next few years is set for around 4%, leaving little room for fundamental market balance improvements.
“As a result, increased earnings must come from continued cost-cutting exercises and permanent slow-steaming to keep fuel costs on a tight leash.”
BIMCO shipping analyst Peter Sand told Lloyd’s List that with the container shipping segment forecast to see net fleet growth of around 4.1% in 2018.
0
Visit Home
Send to friends
Print
Newsletter
Share this news