The year 2017, when the majority of the world nations experienced political stability, witnessed significant events in the field of trade. A growth in the international maritime trade could be interpreted as a signal that the market is peaking again. The world was faced with some sort of instability in 2016 in the light of Brexit, triple elections in Europe and US presidential elections, which resulted in cautious behaviors and decision. Admittedly, shipping industry was not an exception to this. Nonetheless, a brisk glance at the global economic trends in 2017 highlights that a new equilibrium is coming to existence under the influence of latent demand detection technologies, a reduction in supply at the international fleet level, and consolidation of some shipping lines. In fact, these matters have retrieved the opportunity of becoming profitable again for an industry which is practically in its mature years age-wise. 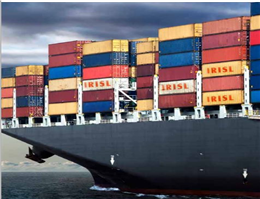