<![endif]--> Role of National Fleet in Iran’s Economy and International Trade to be Elaborated

One-day conference of Iran-Norway Maritime Trade Opportunities was held in Oslo with the participation of Mohammad Hassan Habibolahzadeh, Iran's Ambassador to Norway, the chief executive officers of Islamic Republic of Iran Shipping Line IRISL and National Iranian Tanker Company NITC as well as senior managers of both companies. 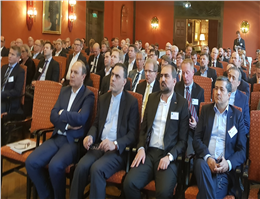 In One-day conference of Iran-Norway Maritime Trade Opportunities which was inaugurated by the speech of Wegger Christian Strømmen ,Secretary General of Norwegian Ministry of Foreign Affairs, MANA correspondent reported, Dr. Mohammad Saeedi, CEO and the Chairman of the Board at IRISL, Sirous Kian Ersi CEO of NITC, the CEO of the Norwegian Shipowners' Association, Lars Nordrum Norwegian ambassador to Iran and some managers of active Norwegian corporations in shipping and maritime sectors, delineated the existing and potential opportunities of cooperation between the two counties in the fields of maritime and shipping. 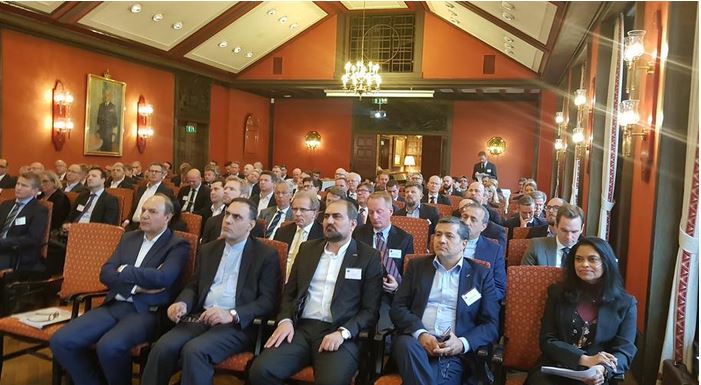 In this conference, Sturla Henriksen, the CEO of the Norwegian Shipowners' Association elaborated on the capabilities and merits of Norwegian Maritime Industry and pointed out that utilizing state-of-the-art technology and equipment, sophistication as well as enjoying rich experience of operating in deep waters, have pave the ground for Norway to expand collaboration in the maritime and shipping sectors.
He also added: an appropriate opportunity for promoting trade ties between the two countries in other fields such as oil, gas and aquaculture has also been provided.
Dr. Mohammad Saeedi, CEO and head of the board at IRISL delineated the strategic position of Iran in the region and Silk Road route and asserted that relying on rich and abundant oil and gas resources,vast mines, skillful and trained workforce, industry sector, appropriate infrastructures and large domestic and regional market, Iran provides great opportunities for European countries, including Norway to develop and expand cooperation in the fields of maritime and shipping.
Dr. Mohammad Saeedi continued that today and following the execution of JCPOA, European countries must offer long term practical approaches in banking relationships between European Union and Islamic Republic of Iran ,which can be put into action.
This official figure also remarked that developing trade and financial ties as well as increasing technical and engineering services require a strategic and unlimited relationship between Iranian and European banks.
Most of the technical issues will be resolved through extensive and professional negotiations between the banks of both parties, according to Saeedi.
He also elaborated on the position and the significance of national fleet in enhancing and promoting economy of country in the various aspects of international trade.
IRISL fleet 's returning to international market and revival of its services in the most paramount ports worldwide were among other issues discussed in this meeting.
Referring to the long-standing history for Iran-Norway cooperation in the field of shipping , Sirous Kian Ersi, CEO of NITC stated that given strong political ties between the two countries, JCPOA is an excellent opportunity for developing the ties in the maritime sector.
.He further counted his company’s plans for cooperation in the field of LNG, classification and technical services 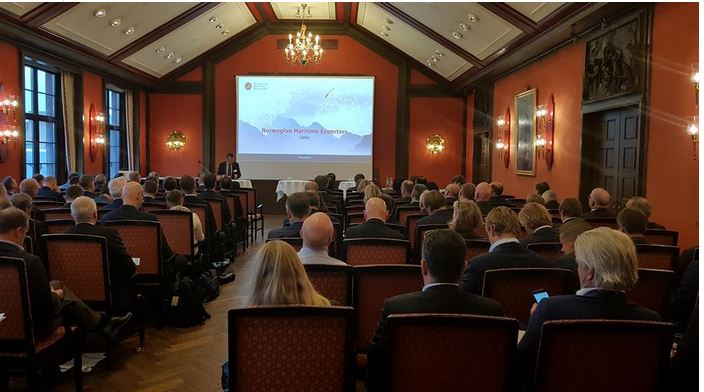