<![endif]--> IRAN’s Role in the Transit of Goods after the Implementation of OBOR

In order to develop the Silk Road project, every day China is making new investments in the construction of city, road and port. Meanwhile, many countries are trying to take a larger share of this project. In addition to revival of the land routs of Silk Road, a sea lane has been planned in the “One Belt-One Road” project too. The sea lane includes a network of routes connecting the east to the west. In this case, China has invested more than $20 billion in ports of foreign countries and is still looking for buying ports in the countries in the way of Silk Road. Due to its strategic position and advantages such as having the shortest route towards Europe, Iran can play a valuable role in the transit of goods after the revival and completion of the Silk Road. So we had an interview with Mojtaba Soleimani, the faculty member of the Institute for Trade Studies and Research. You will read this interview in the following paragraphs: 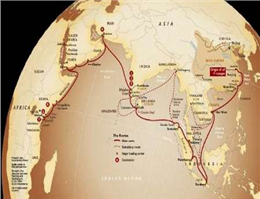