China has taken the control of the New Silk Road Initiative as a new way of development growth aiming at progression of road links between Asia, Africa and Europe and it decided to support the infrastructures by multibillion dollar investment. The project of the New Silk Road will be applied by two lines. The first line will connect China, Middle Asia and Europe under the name of “Silk Road Economic Belt”. The second line being “Maritime Silk road” connects china to Indian Ocean and then to the Mediterranean Sea. To perceive the importance of the New Silk Road, marine routes in the project and Iran’s role in this regard ,MANA correspondent conducted an interview with Dr. Bahram Amir Ahmadian, University Professor and consultant of Department of Transportation Ministry of Roads and Urban Development’s deputy. The transcription of this interview is reviewed in the following section: 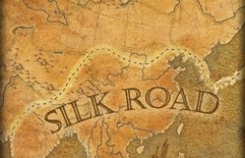