The Head of Iran’s Fisheries Organization referred to that Iran 's Caviar has not been exported to US for years and announced in the last week, Iran exported its first cultivated caviar shipment to U.S. 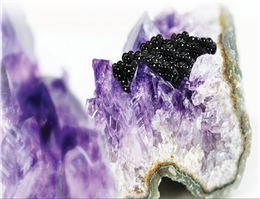 On the sideline of the first specialized forum of cultivation caviar, the head of Iran’s Fisheries Organization announced that the first Iran's cultivated caviar shipment exported to U.S in the last week, MANA correspondent reported.
Dr. Hassan Salehi also remarked: given that U.S is a good target market, exporting caviar to this country could plays a paramount role in boosting investments and encouraging the investors inside Iran.
This official further stated: in the light of measures which have been taken in the post-JCPOA era, Iran managed to produce approximately 2 tons of cultivated caviar in this year.
Iran is supposed to increase its annual production to 10 tons, this act would certainly inject foreign fund to country’s economy, according to Salehi.
it is noteworthing that Caviar is one of the world’s most expensive foods and comes with an exquisite taste and aromatic scent. This brilliant food, which is extracted from the Sturgeon fishes, is rich in protein and various types of vitamins and minerals.
0
Tags: iran cultivated caviar exports America
Visit Home
Send to friends
Print
Newsletter
Share this news