THE South Korean government is looking to set up a fund of around Won100bn ($83.7m) to provide financial aid to the domestic cruise industry as it seeks to ramp up cruise tourism volumes. 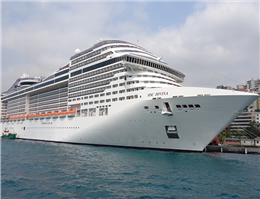 According to MANA, an official at the Ministry of Oceans and Fisheries told Lloyd's List that the authorities would use the fund to help cruise operator Korea Cruise Line, which was set up in 2015, to acquire a cruise vessel worth around Won200bn.
The fund itself will be mainly financed by private corporations, with the government offering to put in 10% of the total capital.
Relevant ministries such as the Ministry of Strategy and Finance and the Financial Supervisory Commission will start discussions to work out the details of the fund, the official said.
The Korean government is keen to promote more cruise tourism in the nation amid the surge in tourists on cruise packages from its neighbour China.
Cruise tourism has become a rising trend in China over the past few years as the middle class with relatively more disposable income increasingly embraces western-style vacations.
Last September, the Korean government unveiled plans to develop 16 more cruise docks at nine ports amid rising demand in cruise tourism.
The government subsequently said it would invest about Won2.4trn in Jeju port, a popular cruise destination for Chinese tourists, to construct extra cruise berths to accommodate more vessels, and increase facilities to handle passengers, such as a cruise terminal and breakwaters to shelter vessels from inclement weather.,
0
Tags: cruise tourism south korea
Visit Home
Send to friends
Print
Newsletter
Share this news