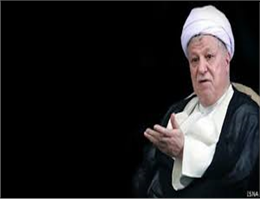 Rafsanjani has been transferred to a Tehran hospital on Sunday after a heart failure, but the measures taken by medical staffs to revive him were futile.
Ayatollah Rafsanjani was the fourth president of Iran. He served as president from 1989 to 1997.
Chairman of the Iranian parliament, the head of the Assembly of Experts and the head of Iran's Expediency Council ware also among his main responsibilities.
MANA agency expresses deep condolences on the sudden demise of Akbar Hashemi Rafsanjani.
0
Visit Home
Send to friends
Print
Newsletter
Share this news