Creditors of Hanjin Shipping, which has been in receivership since 1 September 2016, have registered claims totalling KRW31 trillion with the Seoul Central District Court. 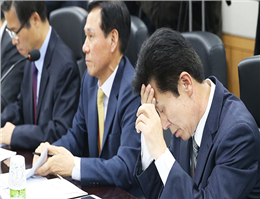 According to MANA, The figure was revealed ahead of the first scheduled meeting between Hanjin’s representatives and its creditors on 13 January.
Of the KRW31 trillion registered, KRW17.67 trillion is from commercial transactions with Hanjin Shipping, KRW9.63 trillion from loans, KRW1.41 trillion from corporate bonds, and KRW445.5 billion from amounts due to related parties. A further KRW13.2 billion relates to outstanding taxes.
When Hanjin filed for court protection on 31 August 2016, the company had over USD5 billion of debt.
0
Tags: Hanjin Shipping’s Debts Announce
Visit Home
Send to friends
Print
Newsletter
Share this news