The third quarter drop in volumes was unexpectedly severe and must have caught carriers out by surprise as Asia to West Africa container traffic fell by 19% in the third quarter, while the end-year result will not be much better, according to shipping consultancy Drewry. 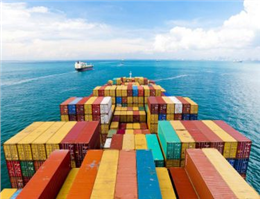 As the biggest West African economies of Nigeria and Angola are struggling to adjust to lower oil revenues with the former expected to see GDP contract by 1.7% this year and the latter to flat-line, smaller, non-resource exporting economies in the region such as the Ivory Coast and Senegal are, and will continue, enjoying GDP growth of more than 5%, MANA correspondent reported.
Container flows into the region are reflecting the fact the economic slowdown is hitting the largest economies the hardest. After nine months of 2016, southbound shipments from Asia to West Africa were down by 11%. Traditionally one of the strongest periods of the year, the third quarter saw volumes slide by 19% year-on-year, the worst decline on records dating back to 2012 and the seventh consecutive quarter with a negative comparison, Drewry said.
“The end-year 2016 deficit will almost certainly beat the 10% drop in annual volumes experienced last year,” the shipping consultancy said, adding that the average monthly Asia to West Africa volume over the past 12 months up to September 2016 fell to 101,700 TEU, 11.6% down on the same month last year.
“The speed of the decline is accelerating and indicates a trade decrease of around 12-14% come end-December,” according to Drewry.
0
Tags: Asia Africa Container Traffic
Visit Home
Send to friends
Print
Newsletter
Share this news