Mohammad Reza Mohammadi Banaei is currently Managing Director at Afra Marine Kish (IRISL In House Insurance Brokers). Taking advantage of Bsc in Maritime Studies and as a master mariner, he managed to govern Kish P&I club and H&M and P&I claims executive at IRISL legal & Insurance dept. in previous years. 17 years of Sea going experience on IRISL vessels along with being Associate member of Association of Average Adjusters and holding post graduate diploma in Marine Insurance from World Maritime University have enabled him to turn out to be a maritime insurance expert. 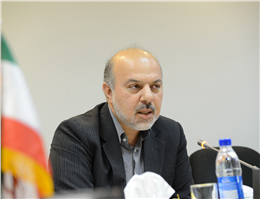 MANA International correspondent managed to instruct an interview with him and elaborate on the P&I importance in Iran, the process of working with P&I club in Iran, and the capacities of Iranian insurance firms.
MANA: How effective is the role of Protection and Indemnity clubs on international business environment?
Shipping industry stands as a connecting medium in the international trade. To secure capital flows and engage with the parties involved in the industry; the shipping companies rely heavily on protection and indemnity they are receiving from P&I clubs. During past decade; due to some restrictions imposed un¬rightfully on IRISL group through unjustified sanc¬tions; the group’s activities were mainly concentrated on Asian; local and niche markets. There are number of reasons which could be named in this regard but the role of international group of P&I clubs and ter¬mination of their cover is definitely outstanding.
The International group of P&I clubs are the main service providers to worldwide shipping within the scope of P&I insurance and corresponding services. In the recent decades; the concentration of the pro¬tection and indemnity services in the so-called “IG Group”; the group comprising of 13 biggest inter¬national P&I clubs; have turned the industry into a cartel where enjoying insurance cover from any P&I club within the group; is considered as the key to en¬ter the international trade.
The P&I clubs’ roles and influences on shipping busi¬ness environment have been considerably increased during recent years due to the obligations under In¬ternational conventions on wreck removal, bunker oil pollution and Civil liability convention for the ship –owners to obtain a financial security in respect of its liabilities under conventions from a fi¬nancial institute or an Insurer.
The port safety officials are also concerned about vessel P&I insurers .The reason is the manage¬ment methods which have been performing by the IG clubs in different jurisdictions and their ability to respond to all types of claims financially as well as technically. Having the latter the port au¬thorities would consider the P&I Insurers of the ves¬sels as a means of loss control and risk mitigation.
As an IRISL employee, I hope that by obtaining P&I cover from International group the IRISL fleet vessels could easily trade worldwide.
The fact is that, having an internationally recognized P&I cover would pave the way for IRISL to reclaim its share from International shipping market.
Moreover, the IRISL policies towards expansion or renovation of fleet necessitates smooth access to fi¬nancial markets and Mortgagee banks who would require vessel Insurers with a good solvency margin, reputation and track record to be named in the mort¬gage contracts in order to be able to issue undertak¬ings to subject banks.
MANA: How do you evaluate the capacities of Ira¬nian insurance firms in providing IRISL require¬ments?
I have to put an emphasis on the importance of Ira¬nian insurance companies’ investment on marine risk assessment and identification.
It’s worth noting that in the process of evaluating the Iranian Insurance Market capacity in responding to IRISL and in wider terms to other Iranian shipping companies risk management requirements, one has to consider several factors besides Market capacity. These factors include but are not limited to the In¬surers’ solvency standards, their ability to identify the risks they are exposed to and their capabilities in spreading or transferring the risks to regional as well as international markets.
MANA: What are the advantages of cooperation with foreign insurance firms in the post-sanctions era?
The Iranian Insurers shall be able to enter into co-insurance and re-insurance contracts with International Insurers and reinsurers.
Engagement of Iranian insurance entities with inter¬national Insurance market is something that our In¬surance industry is definitely in urgent need of. This requirement along with their ability to distribute the risks internationally would enable the local insurers to utilize the capacities available in International in¬surance market for placing their accepted risks. The connection between the local insurance markets with the foreign companies is a key factor in development of Iranian Insurance Industry insofar as the quantity and the quality of services are concerned.
MANA: How is the situation of Iranian insurance companies rating process? Do we have any rating agency in Iran? And how we can check the foreign Insurance companies’ rating process?
By referring to the ranking of any insurance com¬pany, one can easily recognize how reliable the in¬surance company is in responding to its liabilities towards its clients. There are number of well-known financial rating agencies such as AM Best, Standard & Poor’s, Moody’s and Fitch and several others who are involved in ranking of the insurance companies based on their financial strength and stability. None of above agencies has been active in Iranian market up to now. There have been recently some negotia¬tions between Iranian side and the Fitch agency on rating the Iranian Insurance companies. Although, Central Insurance of Iran; as the regulatory and su¬pervisory authority in Iran; has been in charge of ranking the insurance companies as per solvency standards as described in bylaws issued by the Insur¬ance high council.
0
Tags: Insurance P&I post-sanctions era
Visit Home
Send to friends
Print
Newsletter
Share this news