The cost of restructuring the debts of South Korea’s shipping and shipbuilding industries is estimated to be at a staggering KRW31trn ($27.3bn), according to a recent report by the International Monetary Fund (IMF). 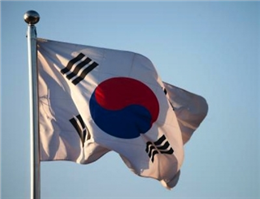 The IMF report, issued on Sunday, forecast it will take about 10 years to recoup the cost once the restructured industries are able to contribute to economic growth again by restarting investment and hiring new employees, MANA correspondent reported.
“After years of rapid growth, many Korean export-oriented industries face headwinds from a global economic slowdown. Shipping and shipbuilding are especially affected,” the IMF report said.
The report pointed out that corporate debt vulnerabilities were high, and the government was taking steps to “agree, and then swiftly implement, plans for the operational and financial restructuring of vulnerable firms.”
The IMF said: “With the slowdown of global trade, the growth rate of Korean corporate earnings, particularly in export-oriented manufacturing and shipping, has been declining and has recently turned the estimated cost of corporate restructuring in the shipping and shipbuilding industries negative. Our method gives that cost at about KRW31trn in the adjusted baseline.”
According to Korea’s Financial Supervisory Service data, main creditor banks have injected KRW20.8trn into 26 troubled shipbuilding and shipping companies since 2008 for restructuring.
When combined with KRW17.9trn they had provided previously, the creditors have pumped in a total of KRW38.7trn so far. However, they have recovered only KRW11trn of this.
0
Tags: Shipbuilding south korea shipping line IMF
Visit Home
Send to friends
Print
Newsletter
Share this news