Norwegian business community is looking for Opportunities in Iran’s Market 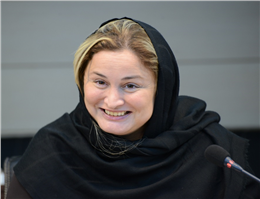 Given the lifting of sanctions and the implementation of JCPOA , the grounds for cooperation between Iran and Norway have been paved, in a way that in the recent trip of Norway’s fisheries director to Iran, 13 fisheries collaboration contracts between Iran and Norway.
In order to discuss the grounds for more cooperation between the two countries, MANA international reporter has conducted an exclusive interview with Ayhan Dilek, Norway’s Deputy Secretary of Industry, Trade and Fisheries. A brief account of this interview could be accessed in the following.
* What are your insights into the 13 fisheries collaboration contracts between Iran and Norway, which were signed in the recent trip of Norway’s fisheries director to Iran?
Several contracts between the two Norwegian aquaculture firms AKVA Group and Aqualine and Iranian companies were signed in the presence of the Norwegian Minister of Fisheries and the Iranian Minister of Agriculture, as well as the Iranian Vice Minister for Fisheries, on the 1st of October. These contracts were mainly Framework Supply Agreements, on which future delivery contracts will be based.
* What other fields of fisheries, do you believe, have the potential to be subjected to collaborations between Iran and Norway?
Norway's expertise lies in sea-based cage farming of salmon, but the same technology can be used to farm other species. There is not only a basis for collaboration between Norway and Iran for cage farming equipment, but also for knowledge and services. Moreover, there is great potential for increased seafood trade in a variety of species between Norway and Iran.
There is also great interest from the Norwegian business community outside the fisheries sector for increased trade with Iran. The maritime sector, the oil and gas sector, as well as the renewable energy sector are all actively seeking business opportunities in Iran. In addition, other sectors such as the medtech- and greentech industries have expressed interest in the Iranian market.
* In your view, what impacts does the lifting of the sanctions of Iran and the execution of JCPOA have on the fisheries collaboration of Iran and Norway?
The lifting of the sanctions has led to a big interest in the Iranian market, both as a market for aquaculture technology and services, as well as for seafood exports. The remaining US sanctions means that there are still some considerations that have to be made when trading with Iran, but the JCPOA has definitely brought us a big step closer to normalized trade relations.
*What plans have you devised the joint investment in the breeding and exporting of fisheries products between the two countries?
At the government level, agreements on cooperation in the fields of fisheries and aquaculture as well as in the veterinary field were discussed but not concluded during the visit. There is an on-going dialogue between the relevant Norwegian and Iranian authorities, with a view to reaching finalized agreements in the near future. At the company level, several contracts were signed during the visit, such as with AKVA Group and Aqualine. Many other Norwegian companies established contacts with Iranian companies, which may well lead to contracts and investments in the future.
*What solutions do you propose for tackling the impediments between the two countries and expanding the collaborations?
The Ministry of Trade, Industry and Fisheries believe that the lifting of the sanctions over time will allow for extensive business relations between our countries. The recent visit to Iran from the Minister of Fisheries and State Secretary Ayhan together with a large business delegation show that the interest from Norwegian enterprises for Iran is prominent.
When it comes to Norwegian enterprises, the Norwegian Government expect them to do their core business well, with zero tolerance for corruption, to respect basic human rights, to provide decent working conditions and to protect the environment.
From the Norwegian Government’s side, our interests are the same in every country and for all Norwegian companies: transparent, stable, objective and predictable regulations for companies and other investors.
* In his recent meeting with you, Dr. Saeedi, the director and head of the board at IRISL, stressed the significance of maintaining close-knit ties between the two countries’ ship owners association. He demanded that the two associations extend their collaboration, and also demanded that Iran and Norway collaborate in ship building and ship repairs industries. What are your perspectives on this? Do you have any plans in this regard?
The Ministry of Trade, Industry and Fisheries welcomes Dr. Saeedi's proposal and encourages our two countries' shipowners' associations to establish even stronger relations.
On a general note, and given the broad interest for the Iranian market expressed by several members of the Norwegian maritime cluster, as well as the Norwegian Shipowners' Association itself, there is certainly much potential for more bilateral cooperation going forward. Not least in the sectors held out my Dr. Saeedi; namely ship building and repair, in which Norwegian companies have developed world-leading technologies and competencies.
0
Visit Home
Send to friends
Print
Newsletter
Share this news