According to MANA international reporter, the Iranian Navy successfully thwarted a pirate attack on 2 Iranian merchant ships in the Gulf of Aden. 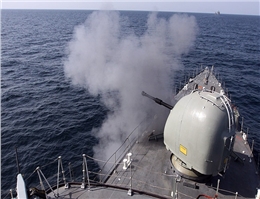 Based on this report, Early in the morning, the pirates of Gulf of Aden attacked to Iranian merchant ships and tried to hijack it, which after exchange heavy fire between the two sides, finally pirates forced to flee.
Since October 2016, the Iranian Navy has also been conducting patrols in the Gulf of Aden in line with international efforts against piracy to safeguard merchant containers.
It is worth noting that Iran’s Navy Commander Rear Admiral Habibollah Sayyari announced: Iranian navy vessels have escorted over 3000 Iranian merchant vessels and oil tankers in the past 6 years.
0
Tags: Pirates merchant ships
Visit Home
Send to friends
Print
Newsletter
Share this news