The Gulf of Guinea, South East Asia and The Indian Ocean High Risk Area (HRA) have all seen a significant reduction of reported maritime crime throughout July, August and September of this year according to Q3 analysis released today by Dryad Maritime. 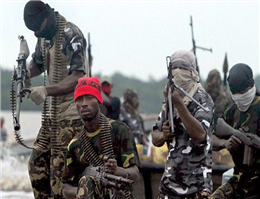 According to MANA, incidents of maritime crime in South East Asia are at their lowest since 2009 and in the Indian Ocean HRA there were no confirmed acts of piracy in Q3, with the last recorded incident of piracy reported on a merchant vessel in 2014. In the Gulf of Guinea and within Nigeria’s Economic Exclusion Zone (EEZ) there has been a decrease in the frequency of attacks with a total of just four attacks against commercial shipping at sea off the Niger Delta since early July.
Ian Millen, Chief Operating Officer at Dryad Maritime; “We have cause for some optimism on piracy and maritime crime, with a generally stable and improving situation in some areas balanced against some serious cause for concern in others. In the Gulf of Aden and Indian Ocean, Somali piracy remains broadly contained and, in Southeast Asia, piracy is at its lowest level since 2009, with a 65% reduction when compared to this time last year. The bad news, however, is that 81 people have been kidnapped, 7 have been killed and 61 remain in captivity.
Beyond piracy and maritime crime, the maritime domain poses other threats. From conflict situations ashore in Libya and Yemen, to the threat of anti-ship missiles in busy shipping lanes, as evidenced by recent incidents in the southern Red Sea, seafarers continue to trade and transit in some dangerous waters. The continuing humanitarian crisis of Mediterranean migration puts other pressures on the shipping industry.”
0
Tags: maritime crime piracy Gulf of Guinea india
Visit Home
Send to friends
Print
Newsletter
Share this news