Despite the many domestic and market challenges facing the Hellenic ship owning community, Greece has continued to strengthen its position as the largest ship owning nation in recent years, says Clarksons Research. 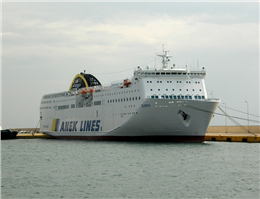 According to MANA,As the shipping community begins to gather for another Posidonia, Greek owners today control some 18% of the world fleet, with a 333m dwt fleet on the water and a further 40m dwt on order.

Greek owners continue to top the league table of ship owning nations with a 196m GT fleet and global market share of 16% (by GT), followed by Japan (13%), China (11%) and Germany (7%). In recent years this position has in fact been consolidated, with the Greek fleet growing by over 7% in 2015 – the most significant growth of all major owning nations.

Aggregate growth since 2009 is even more significant; some 70% in tonnage terms. The big loser in market share in recent years has been Germany, while China’s aggressive growth in the immediate aftermath of the financial crisis has slowed (the Chinese fleet doubled between 2009 and 2012 as solutions were found to distressed shipyard orders).
Although a number of Greek owners have diversified into other shipping sectors, Greek owners have generally retained a focus on the “wet” and “dry” sectors. Today, the Greek fleet is largely made up of bulkcarriers (47% by GT) and tankers (35%) with this combined share hovering around 85% for most of the past twenty years.

There has been some development of the Greek owned containership fleet (up to an 11% share) and gas carriers (up to a 4% share) but this is still generally limited. By contrast, Norwegian owners have trended towards more specialised vessels (e.g. offshore, car carriers) and the German fleet has remained liner focused.
0
Visit Home
Send to friends
Print
Newsletter
Share this news