An agreement between Iran-India on Chabahar port development, helped India to counterbalance increasing Chinese influence in this region. 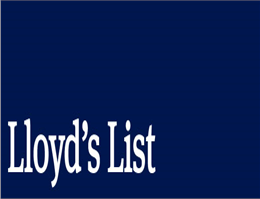 INDIAN Prime Minister Narendra Modi and Iranian President Hassan Rouhani have finally concluded an agreement to develop the Iranian port of Chabahar
During his two-day visit to Tehran, Mr Modi said India will invest $500m to develop the port, with an additional $1.6bn for the Chabahar free trade zone.
Iranian president Hassan Rouhani was quoted in Indian and Iranian media as saying: “The agreement today is not only an economic document — it’s also a political and a regional one.
“With our joint investments in Chabahar, we can connect India through a reliable route to Afghanistan and countries in Central Asia,” he added.
India intends to develop a direct shipping route to Chabahar port to decrease freight prices and delivery times, says the Indian ambassador to Tehran D P Srivastava, according to Indian media.
Chinese influence
The lifting of the sanctions on Iran paved the way for Mr Modi to boost ties with the nation and, since then, he has been pushing to conclude an agreement to develop Chabahar port. Furthermore, it also helped India to counterbalance increasing Chinese influence in this region.
China has increased its presence in the Indian Ocean area by developing the Gwadar port in Pakistan, some 100 km east of Chabahar, which is part of China’s $46bn plan to develop the China-Pakistan eonomic corridor, aimed at opening new trade and transportation routes across Asia.
Earlier in April, the Chinese government sent a consortium to visit Chabahar and expressed interest in developing Chabahar port and building an industrial zone around the area.
The pact between India and Iran to develop the strategically located Chabahar port, along with the one with Afghanistan relating to its road and rail network, will counter China and Pakistan’s alliance in southwest Asia, said BMI Research in a report.
"In particular, growing co-operation between the three countries will counterbalance the China-Pakistan alliance in the geopolitics of southwest Asia,” it added.

Bypassing Pakistan
Besides the bilateral pact, India, Iran and Afghanistan have also entered into a trilateral agreement to build connecting roads and rail lines from the port.
“The distance between Kandla and the Chabahar port is less than the distance between New Delhi and Mumbai, so what this agreement does is to enable us quick movement of goods first to Iran and then onwards to Afghanistan and Russia through a new rail and road link,” said Nitin Gadkari, minister of road, transport and highways and shipping, who accompanied Mr Modi to Iran.
Behind such enthusiastic measures from India is the geopolitical reason to reassert and expand its economic influence across Central Asia.
The deal will provide India with a gateway to Afghanistan and Europe that will bypass Pakistan, with which India has a strained relationship. Pakistan charges transit fees for Indian shipments to Afghanistan.
The international regulation on transit trade enables the country of transit to recover costs in providing a transit route. These costs are nominal charges incurred for administrative and regulatory work, document processing and cargo handling at the ports in the country of transit.
However, it is not the same for Indian shipments destined to Afghanistan, India-based Mantrana Maritime Advisory director Anand V Sharma told Lloyds List.
“For India, it is very expensive to transit cargoes to Afghanistan due to the hostile nature of Pakistan towards India,” he said.
“India’s expansive diplomacy in Asia is eyed as a threat by Pakistan,” he added.
0
Visit Home
Send to friends
Print
Newsletter
Share this news