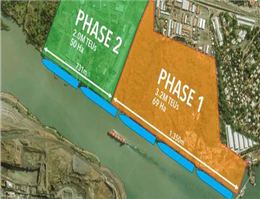 According to MANA,APM Terminals, CMA CGM’s Terminal Link, PSA International and MSC’s Terminal Investment Limited were pre-qualified during the Request for Qualifications (RFQ) for the Pacific coast facility.
The successful bidder will eventually be responsible for designing, developing, financing, constructing and operating the terminal.
“The result of this process demonstrates the potential of Corozal Port and especially the confidence of the leading port operators in the world,” said Panama Canal Administrator Jorge Quijano.
“The new Corozal Port is among the most advanced synergistic business initiatives, providing new products and services to customers in the maritime industry. The new port is certain to enhance the Canal’s offering and revenue base.”
By the 11 March RFQ closing date, the ACP had received documentation from seven companies interested in the pre-qualification for the terminal.
The three unsuccessful parties comprised Japan’s Mitsui OSK Lines, Panama’s Manzanillo International Terminal and Ports America Terminal Holdings of the US.
The ACP approved construction of the container transshipment port at Corozal in late 2013.
The new port is planned for a 120-hectare plot not far from the canal’s Miraflores Locks. The terminal will handle up to 5mteu per year.
The Corozal terminal is one of several projects proposed by the ACP that are aimed at further converting Panama from its original role as a shipping shortcut to a fully-fledged maritime hub.
The Corozal project’s two phases will include more than 2,080 metres of dock space, a container yard, offices and warehouse facilities.
0
Visit Home
Send to friends
Print
Newsletter
Share this news