Iran’s first petrochemical cargos were exported to Europe by Islamic Republic of Iran Shipping Line (IRISL) in early 2016 post-hoc to the lifting of sanctions from IRISL. 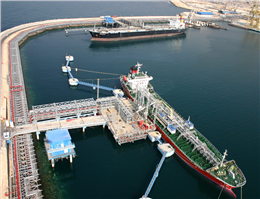 The Commercial manager of SPII firm stated that Europe was the largest market for Iranian petrochemical export last year, second only to China, MANA reported. Prior to the execution of Joint Comprehensive Plan of Action (JCPOA), Iran’s export to Europe was done through foreign shipping lines only due to the sanctions and limitations; nonetheless, post-hoc to Iran and 5+1 nuclear agreements, these exports could also be done through IRISL .
Pointing out that SPII firm is one of the sub-branches of SATA Investment Holding, and concentrates on exporting petrochemical material and funding petrochemical projects. SPII firm owns branches and offices in South Africa, China, Oman, and Germany.
Since the sailing of IRISL ships to Europe began, SPII commercial manager asserted, this company has exported approximately 100 containers of petrochemical products to Europe, and hopefully, this export will continue at a larger size. He further stated that fortunately, since IRISL commenced sending goods to Europe, Iran did not use foreign shipping lines any further.
Bagherin stressed that currently, Antwerp Port in Belgium, Hamburg in Germany, Geneva in Italy, and Barcelona in Spain are among the major destination ports for Iranian ports to dock at. The majority of the SPII exports to Antwerp Port are distributed around Europe to Germany, Belgium, Poland, the Netherlands and England both in bulk and capillary network.
Competition in oil and petrochemical market is growingly increasing, SPII commercial manager added, in a way that every day we are exposed to the news regarding the expansion of manufacturers’ products and the inauguration of new complexes. In these conditions, we must prepare ourselves to enter the new and virgin markets such as Africa, and as well, to continue making profit from our current markets
0
Visit Home
Send to friends
Print
Newsletter
Share this news