400$Increase for Rates in Maersk 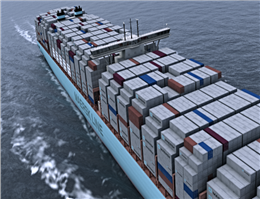 The increase would take rates up by 190 percent on the current level, that is widely seen as loss-making. The shipping company also aims to raise freight rates from Asia to ports in the Mediterranean by $500 TEU.
The container shipping industry has been struggling because of overcapacity as a result of the global economic downturn.
With a fleet of nearly 600 vessels, Copenhagen-based Maersk Line has a market share of about 20 percent on the world's busiest routes between Asia and Europe.
Swiss-based Mediterranean Shipping Company (MSC) and France's CMA CGM, the world's second and third-largest container shipping groups, said earlier in March they aimed to hike rates from Asia to Northern Europe by $500 per TEU, also with effect from April 1
0
Tags: maersk
Visit Home
Send to friends
Print
Newsletter
Share this news