TAIWAN's Yang Ming Marine Transport and Thailand-listed Regional Container Lines signed a letter of intent that would allow them to expand the coverage of their liner services, enhance their competitiveness and cut costs, the companies said in a statement 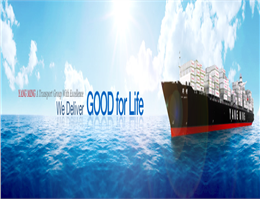 According to MANA,Yang Ming, Asia's seventh-largest container shipping line, said that its cooperation with RCL on slot exchange and vessel chartering would increase utilisation and reduce leasing cost. No other details were disclosed.
Yang Ming has a 2.5% share of the global container shipping fleet while RCL has 0.3% share, latest data from Alphaliner showed.
The two carriers will also cooperate on terminal operations in Taiwan and Thailand and on laden trucking and equipment interchange contracts to reduce operating costs.
According to Yang Ming chairman Frank Lu, the carrier hopes of "harmonising our long-haul services and taking advantage of RCL's feeder services for the transshipment of wayport calls and side port cargos."
RCL has reached a sizable scale in Asia, growing its Thailand business by using Singapore as the operation and transshipment centre, the statement said. RCL started as a common feeder operator operating its first ship in 1979 between Bangkok and Singapore, according to its website.
Yang Ming added that the two carriers would pursue more opportunities for cooperation to improve service quality aside from strengthening their competitiveness.
The Taiwanese shipping line is a member of the CKYHE alliance, covering the east-west trades, which counts Coscon, K Line, Hanjin Shipping and Evergreen Line as members.
Last month, RCL announced a tie-up with Yang Ming to connect south China and Vietnam's Haiphong with Myanmar. RCL will provide three of the four vessels in the rotation and the Taiwanese carrier will be responsible for the fourth vessel.
RCL's RHF service will be re-branded as the RHY-RCL Haiphong Yangon service. RCL President Sumate Tanthuwanit said that the service was the first in the market connecting south China and Haiphong with Yangon
0
Visit Home
Send to friends
Print
Newsletter
Share this news