Local politicians, industry bosses and labour leaders all lined up to welcome the 17,800 teu CMA CGM Benjamin Franklin as it berthed at APM Terminals’ Pier 400 after its maiden voyage from China. 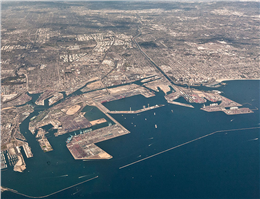