International dry bulk shipowners seem only to scrap ships aged eighteen years or older, while some Chinese owners have scrapped ships that were even younger than that, according to the Baltic and International Maritime Council (BIMCO). 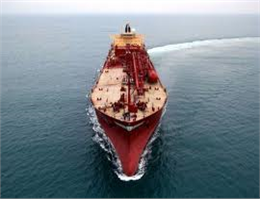 Nineteen ships out of 28 ships built in 1998 to 1999 and demolished between 2013 and 2015 highlight the effect of the Chinese-flag scrapping cash subsidy provided to the Chinese owners.
China launched a two-year scrapping subsidy program in 2013, a program that was extended for two more years earlier in 2015.
“The program may in nature be distortive and put in place to inspire an increase in newbuilding orders, nevertheless the increased scrapping volumes is good for the fundamental market balance,” BIMCO said.
“All ship owners have dug into the pool of 1995 to 1997-built bulk carriers in recent years, when choosing ships for scrapping,” Chief Shipping Analyst at BIMCO, Peter Sand, said.
“Chinese ship owners in particular have scrapped even younger ships, built in 1998-2000. They were encouraged to do so by a subsidy program. With the extension of the program it’s likely more of the same will show in 2016 and 2017,” he added.
Uneven distribution
During 1995 to 1997, new ships with a combined capacity of 51.5 million dwt were delivered. In the past three years, 11.8 million dwt of those ships have now been scrapped. This is equal to a share of 23%, marking a significant cut in fleets built in those years.
But, when compared to the breaking of ships built in the 80’s the cut has been much deeper.
According to BIMCO, two-thirds of the fleet built in those years that were still on the water in 2012 have now been removed.
The next two years are likely to wipe out most of the remaining 80’s built ships, as the freight market will hardly deliver significant returns.
Average age of 25.3 years
BIMCO added that ships from 1969 to 2003 have been broken up in the last three years and together brought the average age to 27 years by the time of scrapping.
“The negative development of the market in the past couple of years becomes clearer when looking at the average age of the individual years,” BIMCO said.
In 2013 is was 28.2 years, in 2014 it was 27.3 years and in 2015 the average scrapping age has hit 25.3 years.
“The recent development in the scrapping age, is set to continue in 2016.
“Even though all older ships are not scrapping candidates by default, they do ‘sit far out on the bench’ in most cases when the owner decides which ship doesn’t make the cut anymore.
“In a heavily oversupplied market as we see in these years, scrapping remains the only permanent way to better the fundamental balance. Idling and slow steaming, as effective as they may seem, are only temporary measures not a part of a sustainable solution,” adds Peter Sand.
0
Tags: Demolition
Visit Home
Send to friends
Print
Newsletter
Share this news