<![endif]--> Iran’s Rank in International Maritime Education and Training to Be Promoted

With the execution of Barjam, the activities of the Islamic Republic of Iran’s Shipping Lines will be promoted to a new stage in the transportation of international commodities, to revive the IRISL Brand. It is needless to say that for this goal to be accomplished, skilled and well-trained human resources are absolutely necessary. 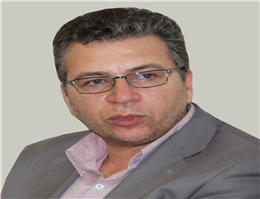 Better put, without having and organized plan to train human resources, future prospects would be out of reach. In an interview with MANA, Mahmoudreza Haghdoust, the director of IRISL’s training center announced that the traning center is fully prepared to enter the post-sanctions era, and start interactions with international universities.
In the IRISL’s five-year plan, what measure have been considered for the education and training of human resources?
In order to promote the ranking of IRISL in the future 5-year plan and to increase the capacity of the fleets, supplying human resources is the most important stage. Thus, with the help of Tamin Noroo Co., a specialized panel has been formed to investigate the needs of the commercial fleet and maritime personnel. This panel would address the needs of the fleet in all the officer and sailor positions. To meet these needs, the training center of IRISL has paved the grounds for the admission of students in Tehran and Bushehr centers. Besides, the admission of some new students with the help of Tamin Niroo Co. is being taken into consideration.
Moreover, given the full operation of Shian Adminitration-Education Building, the complementary courses of the training center are held, and dormitory services are also offered to the students and officers.

Does the training department have any organized plans for entering the post-sanction era?
There is no tinge of doubt that Iran’s maritime industry would boom in the post-sanction era, and in that light, IRISL and offshore corporations would carry on their activities with more power. Thus, speculations for training maritime human resources have been made, and the admission of students in Bushehr center will start from this year. Currently, approximately 70 independent students are halfway through passing special courses. Besides, arrangements for increasing admission capacities have been made with other educational centers.

What plans have you devised to absorb adequate human resources in the board of education as well as to update your educational material?
The course list of the subjects for the all programs falling under Standards of Training, Certification and Watch-keeping (STCW) Convention are determined by the IRISL; hence, we are not allowed to make changes in the sailing programs’ subjects, but the training center has endeavored to utilize the updated and effective educational material and to employ qualified and experienced teachers in the fields of maritime sciences. Given that we could not send out teachers abroad for being trained in special courses at the sanctions era, we have also set it our aim to promote the scientific level of the maritime subjects’ teachers.
How many students are speculated to be trained in the next 5-year plan?
According to the IRISL’s development plan for its commercial fleet in the next 5 years, the need for sailors and officers on the commercial fleet will be supplied by Tamin Niroo Company. In the current year 150 students are studying in the fields of Deck and Engine. Moreover, 200 students are planned to be admitted from 2016 and onward so that the need for maritime personnel could be met, and the employment of foreign officers in the fleet is avoided as much as possible.

In what ways are you going to cooperate with high-ranking international universities as to the holding of advanced sailing and maritime programs?
The Training Center of IRISL is the only member of the International Association of Maritime Universities in the country and in the region. Therefore, the training center’s standards measure up to the standards of other international universities. In the course of its membership in IAMU, the training center has endeavored to be actively engaged in their annual congregations to make the most out of the scientific achievements of other universities. Besides, by attending the congregations of STCW which are annually held in England, the training center would stage an active presence in international gatherings, and as well, it tends to promote the ranking of Iran in International maritime education and training. Currently, the graduates of the IRISL Training Center could easily continue their education in master’s and doctorate programs in countries such as England; and so far, a large number of our graduates have been able to successfully complete their post-graduate programs in high-raking maritime universities.
0
Visit Home
Send to friends
Print
Newsletter
Share this news