<![endif]--> Iran and Russia’s Cooperation in the Construction of Maritime Terminals

Iran and Russia’s Cooperation in the Construction of Maritime Terminals

The Russian President announced that the construction of 25 high priority projects in the fields of energy, maritime terminals and communications would be carried out between the two countries by the allocation of a 5-billion-Dollar credit fund. 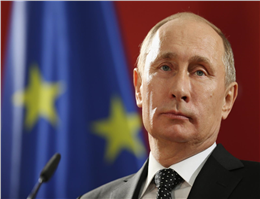 In a press conference with President Hassan Rouhani last night, MANA reported, President Vladimir Putin stated that holding GECF Gas Summit paved the way for us to both discuss the gas-related issues with the participating countries, and to discuss diverse affairs with our Iranian friends.
The Russian President added that we conduction promising key negotiations at the presence of secretaries and the head of different organizations.
He added that the mentioned negotiations were follow-up negotiations that we carried out with the IRISL leader.
With reference to his negotiations with senior Iranian officials, Putin remarked that various aspects of Iran and Russia’s mutual ties – namely economic issues and fighting against terrorism – were discussed in these meetings.
He added that we witnessed the signing of some documents between the two countries, which could help the promotion of their ties.
Emphasizing his intention to accelerate the promotion of Iran and Russia’s economic ties, Putin remarked that the two countries have in mind to devise a list of the demanded goods in both countries and utilize national currencies in their financial transactions.
Putin stressed that the feasibility of creating a commercial zone between Iran and Russia was one of the issues discussed in his meeting with President Rouhani, and added that negotiations in this regard would continue in the future.
Counting allocating credit funds as one of the negotiation topics between the two countries, Putin asserted that Russia intends to devote a 5-billion-Dollar credit fund to Iran. He also added that 25 high priority projects in various fields, particularly in the fields of energy, maritime terminals and the communications, will be initiated between the two countries.
Emphasizing that his country would continue its cooperation with Iran in the peaceful use of nuclear energy, the Russian President stressed that currently, in this framework, the construction of Bushehr nuclear power plant would be completed, and we intend to continue our cooperation in the second and third phases.
0
Visit Home
Send to friends
Print
Newsletter
Share this news