The panel on Analysis of Shipping Companies’ Capabilities and capacities, aimed at reviving IRISL previous brand 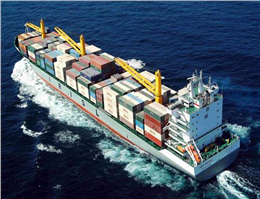 Compiling New Strategic plans, with a global approach
IRISL is bracing to step into the post-sanction time and revive it’s past brand once again these days in a bid to go through a new phase in it’s economic life after the sanctions have been absolutely raised. Thus new strategies are now being planned for this company during post – sanction period.
A panel was recently held by the attendance of managing directors of IRISL subsidiary companies for further acquaintance with the aims and future plans of IRISL Group subsidiaries orientated at reviving IRISL Brand as well as surveying the existing capabilities and capacities during which the following questions were replied :

Hamid Jamali Jamal Abadi, Managing Director of Persia Hormuz Ship repair company :
Persia Hormuz Ship Repair company is presently among the latest and most equipped centers for repairing ships and vessels in the country and is esteemed among the five first-rank shipyards in the Persian Gulf and Oman Sea regions. The quality of repairs and services offered to the vessels is in step with international standards and based on qualities demanded by ranking institutes, and tariffs for repair and services in this company are competitive as compared with other shipyards of the same level in the region. The shipyard can use it’s substructure facilities as well as various machinery and equipment in order to repair 6 vessels, each having a length of below 100 meters and one oceangoing vessel simultaneously. The company has three jetty lines with total length of 700 meters and in good conditions from the vessels’ berthing capacity points of view where minor repairs are done. According to strategic plans of Persia Hormuz company , during the next two years the capacity of vessels with a length of below 100 meters which are to be designed for under water repairs shall be increased by 60% and utilizing lifting capacity of oceangoing vessels will be increased by more than two fold within the next five years. Persia Hormuz , in addition to performing the projects of periodic repairs for various kinds of vessels in the yard , carries out voyage repairs of the vessels through it’s own branches in Bandar Abbas and in the very near future , in port of Assalouyeh completely. Due to prominent position Persia Hormuz ship repair company holds among other shipyards in the region, this company can have a serious partnership in reviving IRISL brand and creating credit for the Group during the post-sanction period, by developing it’s own activities in the field of marine industries. Regarding significance of Persia Hormuz for the Group, it should be reminded that most of renowned holding companies which are involved in marine transportation are owners or shareholders of one or a few shipyards , and evidently, IRISL having prominent international rank as well, would need a standard international shipyard with an appropriate production capacity for it’s five-year strategic plans ahead . Most IRISL holding companies , especially those which have their extent of activities and service providing beyond those in the Group itself can benefit from IRISL global reputation and make competitive privileges by achieving success and developing their activities in the region as well as globally, for IRISL Group. Regarding the expansion of Persia Hormuz ship repair company’s activities, we can hopefully expect that repairing oil and gas rigs would be among our company’s next five-year strategic plans.
0
Visit Home
Send to friends
Print
Newsletter
Share this news