South Korea finds US crude much cheaper than Russian grades 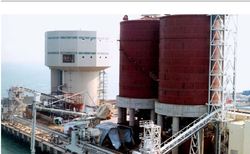 South Korean refiners have paid close to $80/b on average for Russian crude oil received in June but under $75/b for US crude arrived in the same month, a stern reminder to the industry that short-haul supplies do not always come cheap and long-haul cargoes are not necessarily expensive.

South Korea has imported a total of 2.17 million barrels of crude and condensate from Russia in June and paid on average $79.24/b, latest data from state-run Korea National Oil Corp. showed. KNOC’s import cost figures include freight, insurance, tax and other administrative and port charges.

On the contrary, Asia’s fourth biggest energy consumer imported 3.01 million barrels from the US in June at an average cost of $74.49/b, nearly $5/b cheaper than the Russian supplies for the same month. The latest data raised many eyebrows in the regional market as the delivery distance from Far East Russia to Northeast Asia is significantly shorter than the US-South Korea route. Industry sources noted that the voyage time from Far East Russia’s Kozmino port, the DeKastri terminal and Prigorodnoye export terminal to Northeast Asia is less than a week versus up to 50-60 days from the US Gulf Coast.

However, most of the light sweet Far East Russian grades are highly sensitive to Asian refined oil product cracking margins, with price differentials for ESPO Blend, Sakhalin Blend and Sokol often rallying in tandem with strong light and middle distillate cracks in the region. In addition, the free trade agreement between South Korea and the US which took effect from March 2012 has completely removed import duties on energy products coming from the North American supplier. South Korea has imported 14.1 million barrels from the US in the first half of this year at an average cost of $69.08/b, while 21.57 million barrels arrived from Russia over the same period at an average cost of $70.77/b.

Average cost comparison between Russian and US crude purchased in 2017 could not be made due mainly to the big difference in import volumes from the two producers. South Korea has only actively started to buy US crude since second half of the third quarter last year. RUSSIAN SPOT PREMIUMS Far East Russian crude grades are highly sensitive to Asian refining margins as majority of ESPO Blend, Sakhalin Blend and Sokol spot supplies feed into the big three Northeast Asian demand centers namely China, South Korea and Japan. Spot differentials for the distillate-rich Russian grades typically outperform rival Southeast Asian and Oceania light sweet crude when cracking margins trend up in the region.

The second-month Singapore gasoil to Dubai swap crack rallied in Q2, averaging $16.23/b during the month of May, the highest level since May 2014 when it averaged $16.66/b, S&P Global Platts data showed. Demonstrating Far East Russian grades’ strong correlation to regional product margins, middle distillate-rich Sokol crude commanded an average premium of $5/b to the average of first-line Dubai and Oman assessments on a CFR North Asia basis during Q2, the highest quarterly premium since Q3 2014 when the differential averaged $5.20/b, Platts data showed. Furthermore, the April-June period saw the spread between WTI and Dubai crude price benchmarks widen to a steep discount, making various North American export grades loaded during the quarter extremely competitive. Platts data showed the spread between the front-month WTI swap and same-month Dubai crude swap has averaged at minus $3.91/b in Q2, the biggest discount since averaging minus $5.13/b in Q3 2014. TAX EXEMPTION South Korea levies a 3% tariff on crude imports including Russia, but domestic refiners are exempted from the tax on imports from the US thanks to the FTA, industry officials based in Seoul said. “No tariff on imports of US crude is the main reason to get more cargoes from the US because prices differences among grades are very small,” said an official at SK Innovation, South Korea’s biggest importer of US crude.

“This is the same reason to import more Forties on which no tariffs are imposed thanks to the FTA with the EU,” the official said. “We will continue looking for US grades to take advantages of the FTA with the US.” SK Innovation has imported 8.2 million barrels of US crude over January-June this year, compared with none purchased during the same period a year earlier. Officials from GS Caltex, the country’s second biggest refiner, also said the company has been encouraged to buy more cargoes from the US to take full advantage of the import duty exemption. GS Caltex has imported 5.91 million barrels of US crude in H1, compared with just 525,000 barrels bought a year earlier.