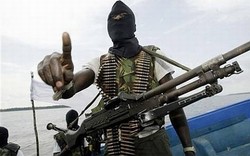 A total of 40 incidents of piracy and armed robbery against ships were reported in Asia during January-June 2018, the regional piracy watchdog ReCAAP ISC said in a report.

Comprising 29 actual incidents and 11 attempted incidents, the number was 15% lower compared to 47 incidents (40 actual and seven attempted incidents) reported in the same period in 2017.
Of these, three were incidents of piracy and 37 were incidents of armed robbery against ships. ReCAAP ISC said that this was the lowest number of incidents reported among the 10-year reporting period of January-June of 2009-2018.
“There were improvements at ports and anchorages in Asia during January-June 2018 compared to the same period of 2017. The improvement was most apparent in Bangladesh and Philippines.”
Several arrests of perpetrators and recovery of stolen data-x-items were reported in the Bangladeshi Chittagong Port, the Philippines’ South Harbour, and Indian Gujarat region. There was no actual incident of abduction of crew in the Sulu-Celebes Seas during the first half of the year.
Furthermore, there were no successful oil cargo thefts during the same period. A number of perpetrators were arrested for attempted oil cargo theft from tanker Lee Bo on June 1, 2018.
However, ReCAAP raised concerns due to the increase in incidents on board ships while underway in the Straits of Malacca & Singapore (SOMS) and at Vietnam ports/anchorages during January-June 2018 compared to the same period in 2017.
Of the 40 incidents reported during January-June 2018, 31 incidents occurred on board ships while at anchor/berth, and nine incidents on board ships while underway.
All of the incidents in Bangladesh and Indonesia occurred on board ships at anchor/berth while all incidents in the Straits of Malacca and Singapore occurred on board ships while underway.
0
Visit Home
Send to friends
Print
Newsletter
Share this news