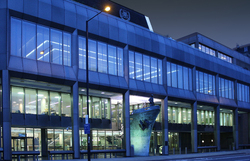 The 2020 sulphur cap will dominate regulatory debate over the next few months. And while other stakeholders beyond shipowners need to come forward with their own plans, the remainder of this year has a lot up for grabs with decarbonisation measures and the Hong Kong ship recycling convention on the line

REGULATION is notoriously slow to craft, often cumbersome to follow and complicated to implement.

The latter two points are today a fitting description for the 2020 sulphur cap, which is the single biggest, if not the only priority, for the maritime industry.

Consistently expressed and almost identical fears deeply ingrained in the collective psyche of shipowners will not cease and may continue to manifest well into 2020.

The highly-publicised dilemma between low-sulphur fuel oil and scrubbers will continue to vex owner for some time to come and the anticipated high price of the fuels will certainly sting.

While the flurry of new rules has drawn the ire of shipowners, who rarely miss an opportunity to remind they are mere carriers of the seas, the discussion should have by now matured beyond the point of debate that was arguably suited for before the decision.

That they have not is far from just the owners’ fault.

The International Maritime Organization will flesh out during a meeting in July a set of technical guidelines to deal with issues such as reporting non-availability of compliant fuel and the safety implications of compliant fuels.

These will not only provide clarity on some pressing concerns, but will also offer insight as to the kind of issues they expect to be encountered.

Do not expect, however, the global maritime regulator to assuage those fretting about fuel availability, prices and even enforcement, all of which top the list with the owners’ main concerns.

With its insistence that there is no delaying the sulphur cap, the IMO is not only asserting its authority, it is also indirectly signalling that it has played its most important role in this part.

And that is in fact true; guidelines will certainly help but they will not change the fundamental dynamics.

This is a poignant reminder that the maritime industry is not confined to those who own and run the ships — or to the IMO.

In the sulphur cap implementation, the IMO has little to give and must depend on the behaviour of other independent stakeholders for success.

What is incumbent now for stakeholders is to come together. Leading companies will have certainly done so, communicating with the oil majors about fuel availability.

Shipowners want a level playing field, which by all accounts is a request that should be welcomed by all.

The burden falls on governments to ensure that this in fact happens.

Time is running short for ports to unveil how they are planning on penalising violators. This is second to the existence of compliant fuels in importance of the success of the cap.

Flag states need to get in on this conversation as well and give more insight on how they are planning on enforcing the law on their vessels.

Without these key authorities stepping up in the run-up to 2020 the deployment and compliant fuels may not mean all that much.

But if the pendulum swings towards everyone else for the sulphur cap, the IMO is far from off the hook in 2018.

Autumn meetings on the greenhouse gas reduction strategy adopted in April will begin assessing potential short-term measures that could set the industry on course to slash its annual greenhouse gas emissions by at least 50% by 2050 and reduce carbon intensity by 40% by 2030 compared to 2008.

IMO member states and organisations will be compiling suggestions on these short-term measures, laying the foundation for renewed political friction as the role of developing countries will have to come into question.

The year 2050 does not sound like a date that owners should be worried about, especially when placed alongside 2020.

But the reality is they should. This is a unique opportunity to avoid the sulphur cap predicament, namely an uncertain market and enforcement regime, and to jump ahead of the curve- not to mention collect valuable political capital for shipping.

In perhaps more pressing jurisdictional issues, the IMO still has much to campaign for.

Facing the regionalist threat of the EU Ship Recycling Regulation, defined by a list of EU-approved shipyards where EU-flagged vessels will have to be scrapped beginning in 2019, the IMO has repeatedly called for the ratification of the Hong Kong Convention.

The remainder of this year may see a rejuvenated push with major countries such as Japan, India and Turkey on the brink of ratifying and the shipping industry stressing the importance of governments to ratify the treaty and bring it into force.

Focus, however, is still lingering on the EU SRR as the European Commission has yet to unveil the non-EU yards that it believes are fit to be on its list of certified facilities. Thus far, 26 have applied including 12 from India, eight from Turkey, four from China two from the US.