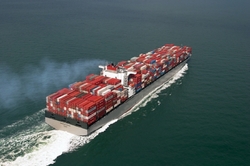 The Japanese government is stepping up activity in the port sector with plans to develop ports in three Indian Ocean nations by offering yen loans.

Wire reports said port developments are planned in Myanmar, Sri Lanka and Bangladesh as part of Prime Minister Shinzo Abe’s “free and open Indo-Pacific strategy”, aimed at securing the sea lanes that connect Asia and Africa via the Middle East reported by MANA correspondent.
The three sites that are being considered for port development are Dawei in southeast Myanmar, Trincomalee in northern Sri Lanka and Matarbari in southeast Bangladesh, all currently relatively undeveloped locations.
Japan, Myanmar and Thailand will jointly construct a new port in Dawei which is expected to cost up to JPY200bn ($1.8bn). A special economic zone will be established alongside the new port and a highway will be built between Bangkok and Dawei, ultimately leading to a new economic bloc.
Japan, Sri Lanka and India will expand the currently relatively small port in Trincomalee into an international standard port for large vessels. This project is expected to cost between JPY10bn and JPY13bn.
Trincomalee is on the relatively undeveloped northeast coast of Sri Lanka which had been left behind amid the decades long civil war on the island. The port authorities had previously tried to position it as a lay-up anchorage during the shipping slump after 2008, just as the war came to an end.
Meanwhile in Matarbari, a new port that is expected to handle up to half of Bangladesh’s cargo volume in future and relieve some of the load from severely congested main Chittagong Port, will be constructed at a cost of several tens of billions of yen.
The reports said the Japanese government has already started behind-the-scenes intergovernmental discussions with the respective governments. The Japan International Cooperation Agency (JICA) has already started making draft plans for development. The government intends to make formal agreements with each government as early as next year.
0
Visit Home
Send to friends
Print
Newsletter
Share this news