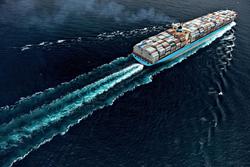 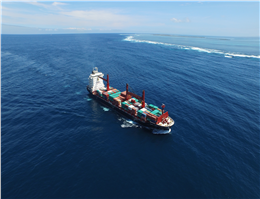 VLCCs:
It was a steady week on the whole, with the rate on the benchmark WAF-China route holding steady w-o-w at WS 40. Despite a constant flow of activity, fundamentals still remain very much in the charterers’ favour, and average earnings fell 14% w-o-w to $2,613/day.
Suezmaxes:
It was a busy end to the week, with the rates on routes ex- WAF jumping by 5 WS points, and the rate on the WAFUKC route now sitting at WS 57.5. The rate on the Black Sea-Med route also ticked up to WS 75 following the release of five further stems on the CPC programme forMay and as such, owners remain positive.
Aframaxes:
In the North Sea and Baltic rates fell away slightly as the week progressed, with levels on the Baltic-UKC route declining from WS 87.5 to WS 82.5. Meanwhile, a busy start to the week in the Med and Black Sea market removed a lot of surplus tonnage, making the list look a lot more interesting, and rates on cross-Med routes rose w-o-w to WS 77.5-80 as a result.

Capesize:
Capesize rates increased sharply this week, reportedly reflecting increased activity on iron ore routes out of Brazil, and fewer idle vessels. The spot rate on the Tubarao-Qingdao route rose to $17.85/tonne, while average Capesize earnings increased 75% w-o-w to reach $12,286/day, the highest level since late February.
Panamax:
In the Atlantic, Panamax spot rates largely eased this week, reflecting a long tonnage list in the Continent and limited fresh cargoes. In the Pacific, spot rates also softened as a slight increase in fresh cargo enquiry out of Indonesia and NOPAC was not sufficient to absorb the plentiful supply of prompt tonnage in the basin.
Handy:
In the Atlantic, Supramax trip rates on routes out of the Continent fell w-o-w, while rates on routes out of the USG showed signs of improvement after being subdued in recent weeks. In the Pacific, the Handy market continued to see elevated levels of activity.

Liner Market News
Global seaborne container trade is now projected to increase by 5.2% in full year 2018, supported in part by positive trends in the world economy. However, some uncertainty remains, particularly in the form of potential tariffs on trade between China and the US. Meanwhile, on the supply side, as a result of the sluggish pace of scrapping in the year to date and improvements in the charter market, containership demolition in full year 2018 is now projected to total just under 0.2m TEU. While containership deliveries have been relatively moderate in the year to date, the balance of supply side fundamentals in Q1 has led to a revision to the projection for fleet growth in full year 2018 to 4.8%.
• In the first quarter of 2018, container throughput at the port of Rotterdam totalled 3.5m TEU, rising by 6% y-o-y. Meanwhile at the port Antwerp, container throughput during January-.March 2018 reached 2.7m TEU, increasing by 11% y-o-y.

Ship Recycling Market News
It is our understanding that there has been a breakthrough in Pakistan, with news that the provincial government has finally signed off and consented to the lifting of restrictions imposed on the recycling of tankers in the country. It is expected that, in line with India and Bangladesh, tankers will only be permitted on a ‘gas-free for hot work’ basis, and there will most certainly be new stringent guidelines and regulations to be adhered to by shipowners, cash buyers and recyclers alike. However, the full details of the announcement have not yet been revealed, and when the official notification is circulated next week, further information on the customs formalities required for new tonnage arriving at the waterfront will become available.
• Whilst this long-awaited news is encouraging, it is stressed that price levels are not expected to suddenly improve. However, it will ease the burden on the recycling market in Bangladesh as it will once again open up a viable alternative for the recycling of larger tankerunits.
• This week it seems that cash buyers have been concentrating on resolving previously purchased acquisitions, with continued disputes on the waterfront in Bangladesh. The slowdown in availability of new tonnage is allowing buyers to finalise these transactions, although at reported losses from their purchased levels.

Major Bulk Trades News:
• China has implemented a 179% anti-dumping ‘deposit’ on imports of sorghum from the US, ahead of the possible introduction of an anti-dumping tariff. The tariff, if confirmed, is likely to severely cut China’s sorghum imports from the US (5mt in 2017), undermining the outlook for growth in grain trade. Recent reports suggest that several vessels transporting US sorghum to China have already changed course following the news.
• China has implemented or expanded restrictions on imports of coal into a number of major ports, in an effort to reduce reliance on imports, which grew 17% y-o-y to 75mt in Q1, and stabilise falling domestic prices. Most major coal ports in the south of the country are no subject to some form of restrictions.