Ongoing tax issues and economic woes at home have failed to slow the growth of the Greek-controlled merchant fleet which hit an all time high last year in terms carry capacity. 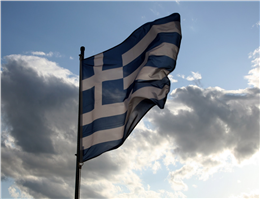 The Greek fleet of ships over 1,000gt stood at 4,148 ships of 342m dwt and 199.3m gt mid-March, an increase of 64 vessels, 13m dwt and 6.88m gt, on 12 months ago, MANA correspondent reported.
The carrying capacity and gross tonnage have bounded along to all-time highs, with the .Greek armada now just short of the 4,173 strong fleet in 2008, pre-crisis
Latest figures include 200 vessels of 24m dwt and 14.2m gt on order according to a study compiled for the 31st consecutive year by the London-based Greek Shipping Cooperation Committee (GSCC).
Greek flag loses out
However, the home flag continues to leak decreasing in all categories, though the sizable losses of recent years has been stemmed. The Greek flag flies over 723 ships (down 24 ships), of 74.54m dwt (down 670,000 dwt) and 43.4m gt (down 320,000 gt).
The fleet is registered under 41 flags, with the home flag the third choice, but top when it comes to carrying capacity. Liberia and the Marshall Islands continue their tussle for top flag choice, with both recorded as having 824 ships, ahead of Greece and Malta's 694 ships. In terms of dwt, after Greece comes Marshall Islands 65.9m dwt and Liberia 65.08m dwt.
The Greek flag has a 21.8% of the total dwt of the Greek owned fleet.It is notable that Greeks control 26.4% of the world tanker fleet and 16.2% of the ore and bulk fleet. Overall, the Greek owned fleet comprises 7.6% of the world’s ships, 13.8% of the gt and 16.4% of the dwt, all up a shade on March 2017. Average age of the fleet in ship terms increased slightly to 10.6 years, but still 2.8 years below the world average.
0
Tags: Greek Shipping flag 2017
Visit Home
Send to friends
Print
Newsletter
Share this news