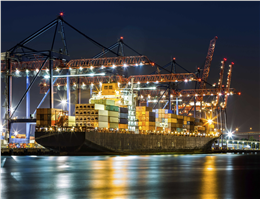 VLCCs:
It was another dull week for owners. Rates continued to struggle on the MEG-China route, and this is expected to continue going forwards, with tonnage massively oversupplied until the end of March. Elsewhere, the WAF market remains a similar story off the back of the oversupply from the East. Meanwhile, the UKC was busy, but rates have failed to move in an upwards direction.
• Suezmaxes:
Rates improved in the Suezmax market this week, with the rate on the WAF-Med route rising to reach WS 70, whilst the rate on the Black Sea-Med route rose more marginally to stand at WS 72.5. Overall, the increases in rates supported a 54% increase in average Suezmax earnings, which reached $10,858/day.
• Aframaxes:
It was a relatively mixed week in the Aframax market. Rates fell on all Black Sea-Med and cross-Med routes, with the rate on the Mellitah-Fos route falling to WS 92.5. Meanwhile, rates on routes ex-UKC generally rose, with the rate on the UKC-USAC route rising to WS 92.5.

Capesize:
The Capesize market has generally eased back thisweek, largely reflecting softer activity on the Brazil-China and W.Aus-China routes. The spot rate on the Dampier- Qingdao route fell w-o-w to $6.60/tonne, while average Capesize earnings softened 13% w-o-w to $11,264/day.
• Panamax:
It has been a mixed week in the Atlantic, with rates in the basin being rather positional and ice class vessels drawing a premium on some routes. In the Pacific, rates generally improved slightly w-o-w following a steady flow of fresh cargo enquiry, particularly in SE Asia, with sentiment remaining generally positive.
• Handy:
In the Atlantic, rates have generally risen as the fundamentals in the market improve, although rates in the Continent have eased slightly from last week’s highs. Meanwhile, a steady flow of fresh coal stems out of Indonesia has seen rates in the Pacific basin, particularly in SE Asia, strengthen further.

Liner Market News
Further improvements to boxship timecharter rates were seen in February across the sector. Short term rates for the larger vessel sizes continued to show firm improvements, while the limited supply of high specification, modern tonnage drove increased interest in 4-5,000 and 6-8,500 TEU containerships. The guideline 12-month charter rate for a 2,750 TEU boxship stood at $9,000/day at the end of February, up 3% m-o-m. Meanwhile, the average charter period (a key marker in monitoring the charter market) is also increasing.
• According to the Shanghai Containerized Freight Index, spot container freight rates on the Asia-N. Europe and Asia-Mediterranean routes each fell 10% this week, to stand at $827/TEU and $721/TEU respectively. Meanwhile, rates on the Asia-US West Coast and Asia-US East Coast routes fell by 11% and 12% respectively, to stand at $1,252/FEU and $2,375/FEU by the end of the week.

Shipbuilding News
In the tanker sector, Daewoo (DSME) have announced signing a contract for 3 x 300,000 dwt VLCCs with an unknown owner. The vessels are scheduled for delivery in 1H 2020. DSME have also announced winning a further order for 2 x 300,000 dwt VLCCs from an unknown European owner. These two units are also scheduled to be delivered in 1H 2020.
• In the gas carrier sector, DSME have announced a contract for 2 x 174,000 cu.m. LNG carriers, scheduled for delivery in Q3 2020, with the buyer’s identity also remaining undisclosed. At the smaller end of the sector, Jinling Shipyard have received an order for a 6,500 cu.m. Ethylene/LPG carrier from domestic owner NanjingYangyang Chemical Transport. The vessel is due for delivery in Q1 2020.
• Meanwhile in other vessel sectors, Aida Cruises have extended their series of 180,000 GT cruise ships at Meyer Werft by ordering one additional unit, scheduled to be delivered in 2023 from Papenberg. This will be the third vessel in the series and will have a capacity of 5,000 berths.

Major Bulk Trades News:
• Donald Trump this week announced plans to impose a 25% tariff on steel imports into the US, in order to support the domestic steel industry. Major US trade partners, including China and the EU, have condemned the move and threatened retaliatory trade measures. The US is the world’s largest steel products importer, with its imports growing 18% to an estimated 37mt in 2017.
•Indonesia has suspended the implementation of rules limiting its coal exports to vessels owned, flagged and insured domestically. The rules raised concerns as Indonesia’s domestic fleet is thought to be to insufficient to transport its c.380mtpa of seaborne coal exports, although the use of foreign vessels would reportedly be allowed when domestic vessels are unavailable.