Blockchain Comes of Age in Shipping

ALTHOUGH blockchain has become a recurrent buzzword over the past 18 months or so, few people really know what one is. 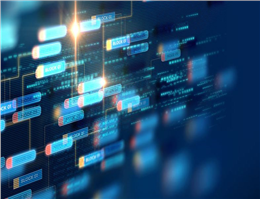 According to MANA, the news that shipping giant Maersk is teaming up with IT-industry leader IBM to form a joint venture to develop blockchain-based products and services means blockchain is hitting the mainstream in the maritime sector.
The aim of the new company will be to offer a jointly developed global trade platform built on open standards. This should address the issues of transparency and simplicity in the movement of goods across borders.
Maersk and IBM have been working together on ways to use blockchain in the supply chain for over a year.
In the process, they have managed to bring on board some major shippers, beneficial cargo owners and government bodies. All of these parties will be looking for ways to make trade flows simpler, faster and cheaper.
Maersk says the cost of the required trade documentation to process and administer cargo can reach as much as one-fifth of the actual physical transportation costs.
Citing the World Economic Forum, it says that by reducing barriers within the international supply chain, global trade could rise by nearly 15%.
Blockchain offers the potential to reduce and remove much of the friction involved in global trade; the bills of lading, customs clearances and plethora of other documentation that often hamper fluid trade flows could be all be turned digital in a trusted, secure chain of transactions.
Maersk is by no means the only carrier to have shown an interest in blockchain.
HMM and SM Lines have recently launched trials, among others. And other leading carriers are looking at ways of using the technology.
CMA CGM, for example, has launched a digital incubator in Marseille to foster new companies working on processes for digital shipping.
Moreover, there are numerous start-ups in the digital arena, many of whom are looking at ways of bringing blockchain technology to the shipping sector.
The move by Maersk and IBM could threaten some of those other initiatives.
So far, Maersk and IBM’s plans are relatively general and somewhat vague.
What is certain, however, is that the might of these two giants in their individual fields, combined with a customer base that includes some of the biggest shippers and BCOs, will bring blockchain to shipping in a serious manner.
0
Visit Home
Send to friends
Print
Newsletter
Share this news