Bimco says that caution will be needed in 2018 to sustain the improvement in shipping markets last year, with China remaining as the driving force of demand. 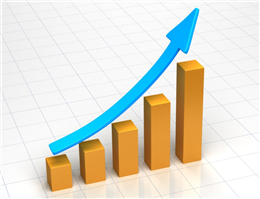 According to MANA, looking across the three major markets – dry bulk, containers and tankers – Bimco analyst Peter Sand see likely continued improvement for bulkers and boxships, and potential for an upturn in the tanker sector.
At the centre of this activity as demand driver is China. “Being the one driver of dry bulk shipping demand growth, China has also taken a giant leap in hiking crude oil import levels during 2017. By introducing robotics into its enormous manufacturing sector, China aims to remain the world’s top exporter of containerised goods too,” Sand said in a markets perspective of 2018 (watch video below).
For dry bulk Bimco noted that 2017 saw better than expanded demand growth of 5% while the fleet grew at 3.2%, while both had been expected to be lower.
This year could be the first time since 2011 that the sector returns to profitability but also warned the industry should not be too hasty.
“It is mostly in the hands of the shipowners, as fleet growth may increase as little as 1% if handled with care.
Shipowners maintaining slow steaming was seen as a key factor in keeping the supply side of the equation in check.
A better market in 2017 saw the reactivation of idle ships and end to the ordering drought in September with some twenty 22,000 teu ships ordered.
“This means that the nominal fleet growth level for the container shipping industry over the next few years is set for around 4%, which leaves little room for fundamental market balance improvements. As a result, increased earnings must come from: continued cost - cutting exercises and permanent slow - steaming to keep fuel cost s on a tight leash,” Sand said.
Tankers was the one major sector not to enjoy a better year in 2017 and Bimco noted that demolition activity among crude and product tankers was not enough to prevent freight rates from falling.
Looking ahead Sand said: “Tanker demand growth in 2018 is expected to prolong the trend seen in 2017; growing imports in the Far East and growing exports from the US. This is set to benefit VLCC and to some extent suezmax. The fate of aframax is closely linked to regional Asian and European demand where the growth rate is expected to be lower.”
0
Visit Home
Send to friends
Print
Newsletter
Share this news