Demand for natural gas in 2017 has grown by close to 9% in Spain, compared to 2016, reaching 351 TWh. It is the third consecutive year of increased gas demand in the country. 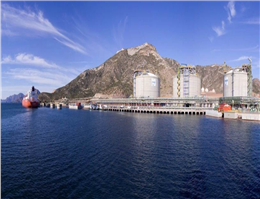 Industrial demand for natural gas, which accounts for close to 60% of the total demand, has shown a rise of 7%, in line with the positive evolution of the economy, MANA correspondent reported.
Among the industrial sectors showing the highest growth in their gas consumption are metallurgy and construction.
Natural gas demand for power generation has grown by 27%. The figure is influenced by low levels of hydroelectricity generation this year, down by approximately 48% compared to 2016.
Consumption of natural gas by homes, businesses and SMEs has remained stable compared to 2016 because the incorporation of new customers has compensated for warmer temperatures than those recorded in 2016.
The increase in natural gas demand in Spain is well above the forecast made at the start of the year, which was for an annual rate of growth of about 2%.
The demand for natural gas has increased in almost all of the country's autonomous communities. The regions where it has grown the most are: La Rioja (+36%), the Región of Murcia (+32%), the Principality of Asturias (+23%), Aragón (+21%) and Galicia (+16%).
0
Tags: spain 2017 natural gas demand Growth
Visit Home
Send to friends
Print
Newsletter
Share this news