The United States are trying to blacklist 10 ships, which are carrying banned cargo from North Korea. In fact, US proposed that the United Nations must proceed to such an action. 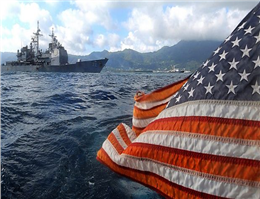 The ships in focus are accused of conducting illegal ship-to-ship transfers of refined petroleum products to North Korean vessels or illegally transporting North Korean coal to other countries for exports, MANA correspondent reported.
If the proposal is approves, countries will be required to ban the blacklisted ships from entering their ports.
North Korea is currently under a U.N. arms embargo, with the Security Council having banned trade in exports such as coal, textiles, seafood, iron and other minerals, aiming to put obstacles in funding for Pyongyang’s missile and nuclear programs, Reuters reported.
Earlier this year, the council set a cap of 2 million barrels a year on refined petroleum products exports to North Korea.
North Korea claims to have developed a missile able of carrying a nuclear warhead and reaching the US, despite U.N. Security Council’s resolutions and international condemnation.
0
Tags: America North Korea ban vessel
Visit Home
Send to friends
Print
Newsletter
Share this news