Euronav is taking over Gener8 Maritime in an all stock merger creating a new giant in the large tanker sector. 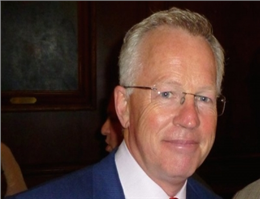 Euronav and Gener8 have reached agreement on a stock-for-stock merger that will see Gener8 become a wholly-owned subsidiary of Euronav, MANA correspondent reported.
Gener8 shareholders will receive 0.7272 Euronav shares per Gener8 share with Euronav issuing 60.9m new shares to fulfill the deal. The transaction will result in Euronav shareholders owning approximately 72% of the combined entity of the two companies.
The exchange ratio equals a 35% premium for Gener8 shareholders based on the 20 December closing prices. The combined company will remain listed both on Euronext and the New York Stock Exchange.
The merged company will own 75 large tankers including 44 VLCCs and 28 suezmax tankers with a total tonnage of 18m dwt. Six VLCCs are being sold to an undisclosed third party for $434m which Euronav said would allow to maintain sustainable financial ratios and keep leverage and liquidity at required levels.
Paddy Rodgers, ceo of Euronav said: “ This transaction marks an exciting development for Euronav . The merger creates the leading tanker company which is better placed to serve the needs of our customers and support our partners. ”
The merger is subject to the approval of the shareholders of the majority of Gener8’s outstanding shares. Shareholders representing 48% of Gener8’s shares have committed to vote in favour of the deal.
Peter Georgiopoulos, chairman and ceo of Gener8 commented, “This transaction creates the largest independent VLCC fleet in the world. The combined company has a very bright future that will benefit both Gener8 and Euronav shareholders.”
Earlier this year Gener8 was linked to a takeover by John Fredriksen’s Frontline but the deal did not come to fruition. Frontline had failed in an attempt at an all stock merger with DHT Holdings, with the latter buying BW’s fleet of 11 VLCCs for $538m instead.
0
Tags: Euronav Gener8 tanker merger
Visit Home
Send to friends
Print
Newsletter
Share this news