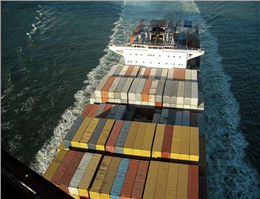 Headhaul Asia to West Coast North America container traffic was buoyant in the third quarter, rising by 6.7% year-on-year, although a disappointing return for October when volumes slid by 1.9%, dampened the year-to-date rate to 5%, MANA correspondent reported.
“With more capacity expected to arrive, carriers will be pinning their hopes on a strong pre-Chinese New Year cargo rush to revive flagging spots rates ahead of the annual contracting season,” Drewry concluded.
October’s slightly weaker throughput growth is somewhat distorted by Hanjin’s collapse of a year ago, the consultancy informed. Although eastbound flows have been decreasing, they are expected to lift off again in January as importers replenish inventories before factories in Asia close for the Chinese New Year holidays in mid-February.
The US West Coast terminals continue to face an uphill struggle to limit the seepage of cargo either to the Canadian ports of Vancouver and Prince Rupert or to an eastern seaboard routing. In the first 10 months of 2017, USWC imports grew by only 1.4% whereas discharges over the Canadian berths climbed by 18% and USEC ports saw volumes rise by 6.6%. The much smaller US Gulf Coast market recorded nearly 30% uplift in Asian imports.
Nonetheless, there is tangible growth in the market and Drewry expects the eastbound Asia-WCNA trade to surpass the annual rate achieved in 2016 of 4.6%, as the 12-month rolling average showed growth of 5.7% as of October.
0
Tags: Asia demand drewry rate
Visit Home
Send to friends
Print
Newsletter
Share this news