The period of rate stability in container shipping that followed the bankruptcy of Hanjin Shipping is coming to an end according to analyst Alphaliner. 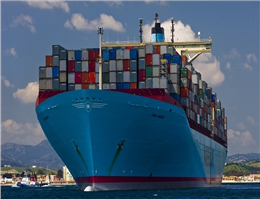 According to MANA, Hanjin Shipping went bankrupt on 31 August 2016 sending shockwaves through the container shipping and logistics market, which heralded a period of rate stability among lines. As a result of pricing discipline the 16 largest container shipping companies enjoyed their most profitable quarter in two years in Q2 2017 with a margin of 4% according a Drewry report released on Monday.
However in its weekly report fellow analyst Alphaliner warned that rate stability was being eroded with the fight for market share returning.
“The rate truce that carriers have largely abided by since Hanjin’s sudden exit one year ago, now appears to be crumbling. Rate slashing just ahead of the October holidays in China points to further rate instability as carriers continue to jostle for market share,” Alphaliner said.
It noted that the Shanghai Containerized Freight Index (SCFI) had recorded six weeks of consecutive declines and that lines had failed to push through rate increases in August and early September. The index stood at 774.27 points at the end of last week having peaked at close to 1,000 points earlier this year.
0
Tags: container lines Container line rate discipline
Visit Home
Send to friends
Print
Newsletter
Share this news