More than 10 main seaports located in China’s three Emissions Control Areas (ECAs) along the country’s sprawling eastern coastline have implemented the 0.5% fuel sulphur cap, as part of a national effort to curb harmful emissions from ships at berth. 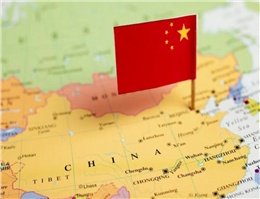 Starting 1 September 2017, the Zhejiang ECA which itself forms part of the Yangtze River Delta ECA is the latest to mandate the low sulphur regulation, MANA correspondent reported.
Ports in this area include Jiaxing and Taizhou, as well as Ningbo-Zhoushan which also falls under the wider Yangtze River Delta ECA.
The other busy ports in the Yangtze River Delta ECA such as Shanghai, Nantong, Suzhou and Ningbo-Zhoushan have already implemented the sulphur regulation since April 2016.
In the Pearl River Delta ECA, the low sulphur regulation has taken effect in Shenzhen port since October 2016, and the ports of Guangzhou and Zhuhai since January 2017.
In the Bohai ECA, the ports of Huanghua, Qinhuangdao, Tangshan and Tianjin have adopted the low sulphur regulation since January 2017.
All vessels calling at any of the port are required to burn bunker fuel with a sulphur content not exceeding 0.5% when berthing, excluding one hour after berthing and before departure.
Ships are allowed to take alternative measures with equivalent effect such as connecting to shoreside power, using clean energy, or arranging after-treatment of exhaust.
The regulation will tighten from 2018 where ships will be required to change over to the low sulphur fuel prior to vessel berthing. And from 2019, all vessels will be required to switch to low sulphur fuel prior to entering any ECA.
Beijing’s plan is to evaluate the effectiveness of the ECAs before end-2018, and decide whether to reduce the fuel sulphur content limit to 0.1%, enlarge the ECA coverage or introduce other measures.
0
Tags: low sulfur china 2017 ECA
Visit Home
Send to friends
Print
Newsletter
Share this news