“While the Asian cruise market has grown tremendously within the past four years – it has the potential to capture a much larger percentage of the Asian population, which could catapult Asia’s capacity share ahead of competing markets,” said Joel Katz, executive director, CLIA 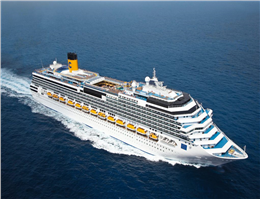 With these studies, CLIA aims to provide industry stakeholders with actionable, meaningful information to assist in structuring and supporting this emerging region, MANA correspondent reported.
Highlights from the 2017 Asia Cruise Trends Include:
More Passengers: A total of 3.1M Asians took cruises in 2016, 55 percent more than in 2015. Of these, 68 percent or 2.1M were from mainland China, a market which almost doubled as it grew by 99 percent last year and at a 4-year CAGR of 76 percent, confirming China as the world’s fastest growing major source of passengers.
More Ships in Asian Waters - In 2017, 66 cruise ships are being deployed in Asian waters. Five of these are mega ships (more than 3,500 passenger capacity), 13 are large (2,000 to 3,500 passengers), 26 of the deployed ships will be mid-size, and 17 seasonal small upscale ships will be active in the Asian region. In addition, the Expedition niche will have 5 ships deployed in limited seasons. In 2013, there were only 43 ships cruising in Asia, marking a 53 percent growth since 2013.
Increased Operating Days in 2017 – The Asian cruise industry has 10,196 operating days in Asia scheduled for 2017, an increase of 137 percent from 4,307 operating days in 2013, and an increase of 25 percent over the 8,171 operating days in 2016. The increased operating days in 2017 provide a total capacity for 4.24 million passengers. This passenger capacity has nearly tripled from 1.51M passengers in 2013.
0
Tags: cruise Asia 2017 transit Passenger Line
Visit Home
Send to friends
Print
Newsletter
Share this news