South Korean shipping company Hyundai Merchant Marine (HMM) is moving forward with its plans to modernize fleet and has set sights on adding seven ships with options for five more. 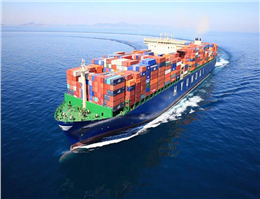 Specifically, HMM will acquire two large container vessels at a 10% lower price than the current market price as it eyes to bolster its fleet competitiveness, MANA correspondent reported.
Hanjin Heavy Industries and Construction based in the Philippines has been hired for the job of building the ships.
The price tag for the boxship pair totals USD 162 million.
The company said that the two vessels are scheduled for delivery in May 2018 and are expected to be deployed on East Coast South America trade.
“HMM bolsters its competitiveness through the early acquisition of fuel efficient & eco-friendly large container vessels at a lower price than the current market price,” a company spokesperson commented.
What is more, HMM said that the company’s board of directors has finalized the plans to build five 300,000 DWT very large crude carriers (VLCC) at Daewoo Shipbuilding & Marine Engineering (DSME).
Under the letter of intent (LOI) HMM inked with DSME in April 2017, the order for the five VLCCs contains options for five more ships.
HMM further noted that it will invest KRW 470 billion (USD 418.9 million) in new facilities for the construction of the crude carriers.
As informed earlier, HMM will tap into the government’s financing program dubbed the New Shipbuilding Program to secure funds for the ship construction. The South Korean government announced the financing scheme worth KRW 2.6 trillion (USD 2.28 billion) in October last year with the aim of helping the country’s shipping industry.
The company said the investment in crude carriers has been prompted by low newbuilding prices which have fallen to the lowest level since 2003.
“However, multi-country market research companies forecast a rebound in VLCC newbuilding price after 2019 as to the improvement of supply & demand in accordance with the deployment of fewer newbuildings, combined with increasing scrapping activity,” the company concluded.
The VLCCs are set for sequential delivery in the first half of 2019.
0
Tags: HMM fleet modernize 2017 newbuilding
Visit Home
Send to friends
Print
Newsletter
Share this news