According to the latest released statistics, Iran in Aquaculture industry holds the seventh rank among other countries throughout the world. 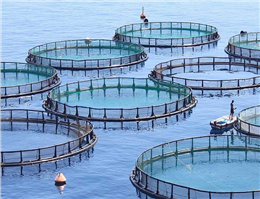 General Secretary of Iranian Aquatics Exporters Union stated: based on the latest released statistics, Iran in Aquaculture industry occupies the seventh rank in the world and first rank in the Middle East, MANA correspondent reported.
Ali-Akbar Khodaie continued: with producing 320,147 tons of various types of Aquaculture products, Iran has managed to stands in seventh rank in the world.
Referring to that Iran's Aquaculture Industry holds the top position in the Middle East, he added, among Middle East countries , following Iran, Turkey and Pakistan occupy 21th and 25th rank respectively.
Khodaie emphasized on the necessity for stable development of Fisheries through Aquaculture, and continued; it is hoped that, we will be witnessing a remarkable growth in the country ‘s Aquaculture Industry.
In the end, General Secretary of Iranian Aquatics Exporters Union pointed out that Fisheries production in Asia reached from 204,365 tons in 2010 to 285,699 tons in 2015, this growth is mostly related to an increase in Iran’s production.
0
Tags: Iran's Aquaculture Industry ranking
Visit Home
Send to friends
Print
Newsletter
Share this news