A recovering economy helped China Merchants Port Holdings to a 9% rise in first half throughput to 50.2m teu, from 46.1m teu previously, which in turn led to a 9% rise in pre-tax profit contribution from the core ports segment of HKD5.9bn ($754m) and accounting for 79% of total profits. 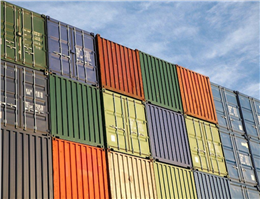 Meanwhile bulk cargo volume at the group's ports also grew 15% to 249m tonnes from 217m tonnes, previously. Overall first half net profit rose 86% to HKD3.1bn. the company said in a stock market announcement, reported by MANA correspondent.
The group’s ports in Mainland China contributed relatively stable container throughput growth, rising 10% to 37.9m teu, but this was made up for by better numbers in the dry bulk business which saw volumes handled by its ports rise 15% to 246m tonnes, making up the bulk of its dry bulk volumes.
The group’s ports in Hong Kong and Taiwan saw throughput spike 21% to 3.7m in the first half although this was off a low base with dismal figures for this segment last year.
Perhaps hampered by its apparent mission to invest in very undeveloped regions, China Merchants Port's overseas ports saw flat growth, with throughput at 8.5m teu almost unchanged from the same period last year.
While container throughput at its major overseas ports such as Colombo International Container
Terminals in Sri Lanka and Kumport in Turkey did well, rising 21% and 13% to 1.1m teu and 310,000 teu respectively.
For example, throughput at Lomé Container Terminal in Togo plunged by almost half from an already low level to 360,000 teu while throughput growth at Tin-Can Island Container Terminal in Nigeria was understandably almost flat at 200,000 teu. Throughput at Port de Djibouti in Djibouti fell 4% to 480,000 teu in the first half.
Looking ahead, China Merchants Port believes "the industry has entered a phase of structural recovery" and expects the traditional peak season in the third and fourth to bring recovery.
Recovery in shipping industry demand, further consolidation, and an expected improvement of utilisation of dry bulk shipping capacity are the key factors that will lead to improving shipping rates, it added.
0
Tags: china throughput Container Volume 2017
Visit Home
Send to friends
Print
Newsletter
Share this news