The International Maritime University of Panama (UMIP) has been selected by the IMO to host the regional Maritime Technology Cooperation Centre (MTCC) for the Latin America region. 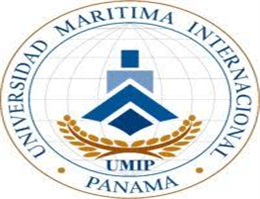 MTCC-Latin America joins MTCCs in Africa, Asia and the Caribbean under the Global MTTC Network (GMN) project, funded by the European Union and implemented by IMO, MANA correspondent reported.
The project is funded by the European Union and implemented by the IMO to help mitigate the harmful effects of climate change. Under the Global MTTC Network (GMN) project, UMIP will host MTCC-Latin America. The selection of UMIP followed a competitive international tendering process.
UMIP joins MTCCs in Africa, Asia and the Caribbean. In February, IMO announced that Jomo Kenyatta University of Agriculture and Technology (JKUAT) will host MTCC-Africa. In December 2016, IMO announced that Shanghai Maritime University in China will host MTCC-Asia, while the University of Trinidad and Tobago will host MTCC-Caribbean. One further MTCC will be established in the Pacific, to form a global network of five centres.
The regional MTCCs will deliver the agreed project milestones over a three-year period, making a significant contribution to IMO’s continuing, widespread efforts to ensure effective implementation and enforcement of the global energy-efficiency regulations for international shipping.
The MTCCs will receive allocations from the EUR10m European Union funding for the project. They will be established and resourced to become regional centres of excellence, providing leadership in promoting ship energy-efficiency technologies and operations, and the reduction of harmful emissions from ships.
0
Tags: Panama technology Asia Latin American
Visit Home
Send to friends
Print
Newsletter
Share this news